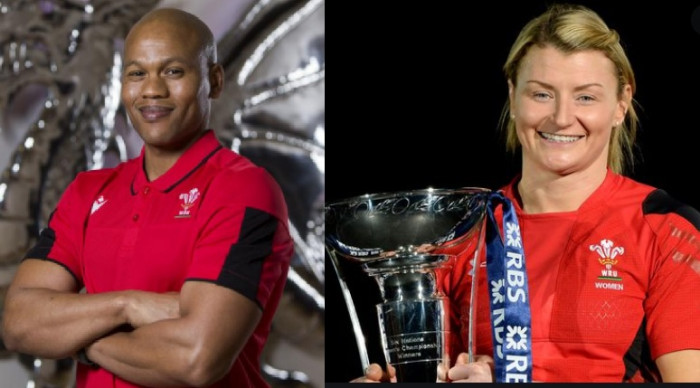 The appointments begin work with immediate effect to put preparations in place for next year’s Rugby World Cup in New Zealand.

South Africa-born Abrahams, who was also part of the England Men’s Sevens coaching team for four year years while fulfilling roles at Harlequins as Academy coach and Premiership 7s head coach prior to heading to America, is also an RFU coach mentor, mentoring aspiring coaches through their coach qualifications. He will be responsible for the planning, implementation and delivery of the coaching programme for both the 15s and 7s international programmes on a three year contract.

In line with the strategy agreed by the Board, the appointments are part of the WRU’s ongoing commitment to significantly invest in the performance end of the women’s game with further announcements to follow.

WRU CEO Steve Phillips said, “Warren Abrahams and Rachel Taylor are key, strategic appointments for us, not only for women’s rugby in Wales but in terms of our standing in the global game. The current pandemic has impacted all areas of our organisation along with the rest of the sporting and entertainment world. However, it is vital women’s sport isn’t disproportionally affected and we took the important decision to continue with the planned investments into the women’s game.”

Warren Abrahams said, “This is a hugely exciting time to be part of the Wales Women programme and we have an opportunity to do something very special in the next 12 months and beyond.
“It’s my first international 15s head coach role at this level but I feel I’ve seen, experienced and learned enough to create a high performance environment that provides memorable experiences.

“We have around 38 weeks before we’re due to get on a plane to New Zealand which is not long but in the current climate we have to cherish the time and resources we have as you never know what’s in store.

“For me, mindset is key. Limitations are only what we put on ourselves. I realise that we all have obstacles and challenges to overcome and the current climate is a great example. Our players are balancing a number of aspects of their lives to ensure they perform to their optimum level, however, with all this in mind, if we take responsibility for our own actions, we are already steps ahead.”

Rachel Taylor said, “I’m really looking forward to working within our international programme as I continue to develop as a coach.”

Taylor, who has been appointed on a one-year, development contract and follows in the footsteps of Liza Burgess and Amanda Bennett as female national coaches for Wales Women, added: “I believe my experience working with both the WRU community team and more recently the RGC performance team during the last five years will prove invaluable as it’s given me the chance to watch and work with a variety of coaches plus support the development of male and female age grade and club players. I'm looking forward to developing those connections and supporting the transition of players into international athletes.

“Having been to three Rugby World Cups as a player, I saw how much the competition developed each time. It’s the pinnacle of women’s international rugby and for these players to have the chance to compete in New Zealand will be amazing on several levels.

“I’m excited to work with Warren. I know he will challenge me as a coach and I believe my experience and skills will help to support his aims too.”

Abrahams added, “Having had a number of conversations with Rachel already, she will be a great addition to the team.

“She’s learned her craft as a club head coach and within the RGC academy, she has great mentoring and leadership skills from her time as captain of Wales and an in-depth knowledge of the women’s rugby landscape in Wales. I feel I can support and guide her as she develops her coaching craft but most importantly, we can help each other coach to the best of our abilities.”

WRU General Manager, Women and Girls, Charlotte Wathan said, “Warren and Rachel join us at a critical time for the women’s game with the Rugby World Cup and Commonwealth Games 2022 around the corner. We are committed to increasing female participation numbers and raising standards at all levels of the game for women and girls in Wales and raising performance standards through a dedicated team of coaches and performance staff will greatly help us to achieve those aims.

“Warren’s skill-set, enthusiasm and drive to improve standards will be a huge asset to our international programme while Rachel will bring her wealth of in-depth knowledge of the game in Wales and practical experience of international rugby, while continuing to develop as a performance coach.”

Liza Burgess, now a WRU Board member, said, “The WRU has continued to show that it is 100% committed and supportive of developing the women’s game in Wales, even during these challenging and testing times. These are two exciting and excellent appointments; in Warren Abrahams you have great experience and depth in both 15s and 7s and in Rachel Taylor, an ex- captain of Wales you have an experienced international and a talented coach who has developed following the Welsh coaching pathway. She has huge respect and knowledge of the women’s game both domestically and globally.”