Karl Cross became an accidental support of this year’s English Women’s Premiership Champions Worcester. He gives us his account of a superb season for his newly adopted Club! 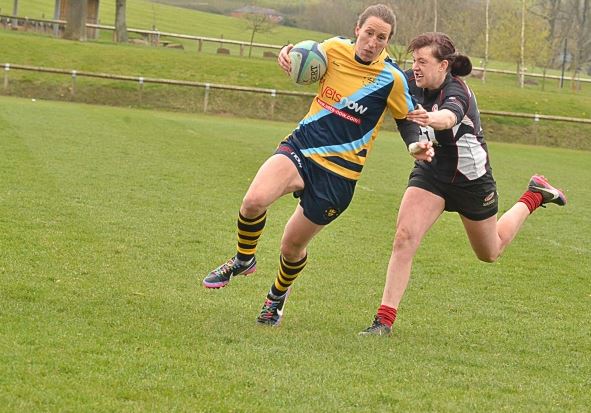 “My name is Karl Cross and I’ve been involved in women’s rugby as a coach or assistant coach or general helper for about 10 years.  Firstly with Chesham rugby club and have this year I have taken on the coaching role with Bletchley.

This season, I became an accidental supporter of the Worcester women’s team. I have been involved in women’s rugby in a coaching capacity and as a result I have a huge respect for the people who play it and coach it, week in, week out. These are people who do what they do purely for the love of their sport and of their teams. There is little or no financial incentive in women’s rugby and that adds to the achievements in my opinion.

“I moved in with my new housemates at the same time I stepped away from several years involved as a coach.  To avoid the worry about whether I made the right decision, I decided to take myself away and just watch some rugby for a season.  I decided I would go with my two Worcester playing housemates Rocky Clark and Kat Merchant (pictured), to watch their games.  In the first game they took on Lichfield and in a game that could have gone either way, Worcester walked away with a win.

This is where the story of the season begins, because women’s rugby has for so long been dominated by the big London clubs of Richmond, Saracens and Wasps. A team from outside of the big city getting near the title, never looked that likely.  The pool of player resources available to these three clubs is huge and the quality of their squads is also not to be taken lightly.

Worcester have a team with some of the current stars of the game.

I watched in awe at the power and pace of Heather Fisher and the brute force of Rocky Clarke and Laura Keates as well as the amazing footwork of Nolli Waterman, and the world class finishing of Kat Merchant.

For these stars to shine, you have to have people around them who fly under the radar and simply do their jobs well and with amazing consistency.  The performance of the season for me wasn’t  from one of the Fishers, Watmores, Clarkes or Watermans.

It was the performance of Pippa Crews against Richmond away from home which stood out for me. It was as good as any I have ever seen on a rugby pitch. She went about her job in such a clinical and controlled manner that it set the platform for what was a great victory against the reigning title holders.

People always speak about Richard Hill as the unsung hero of the teams he played in, as he did the work that no one saw, but that was fundamental to the success of the teams he played in.  Pippa Crews was that player for Worcester.  Her performances were as important, if not more so, as some of the more well known names.  There were standout performances throughout this team. The evasive running of Sarah Guest, and the quality tackling of the captain Jenny Mills, She has an ability to tackle that I could only dream of!

There was some outstanding play from the very experienced Karen Jones, and the lineout work of Jenny Brightmore all stood out in this remarkable season. I could go on and mention the two young scrum halves who were both outstanding and the consistency of Ceri Large who played every minute of every game.

Then this year’s awful winter came, disrupting the season, and Worcester were hit by a number of international 7s call-ups.

I can’t think that many teams suffered quite as much as Worcester with losing players to Englan and injuries and an unbeaten run of ten games stuttered to a halt. Losses to Lichfield and the chasing Richmond team putting them under pressure.

It is times like these when some teams can fall apart but Worcester came back with a great victory at Saracens. On the final day, a bonus point win was needed to secure victory when they took to the field and after a shaky and nervy first half, they dismantled Wasps in every area of the pitch.  The fifth try which secured the bonus point, was scored somewhat symbolically by Pippa Crews. Sarah Guest ,who along with Kat Merchant has been a player of some 13 years with Worcester, played some outstanding rugby and Rocky Clarke who stood out all season rampaged around the park with a brutal performance.

It was a really special day for those people who may never get to play in a World Cup, or play for an International team.  For some it is the pinnacle of their careers and that makes it so very special.       You can’t take away the effect of the international stars in getting the Worcester train rolling this season, but when the train was dangerously close to coming off its tracks it was the club players that kept it on its course and kept it rolling to its successful conclusion.  I know how much it meant to Kat, a Worcester player all of her playing career, who was gutted not to be able to take part in the final day.

I always look at things from a coaching perspective and with that in mind I have to say credit has to go to all the coaches. They managed a potentially heartbreaking season and turned it into a heart-warming one. It would have been easy to give up after the Richmond defeat and go through the motions but they kept the faith and were rewarded with some impassioned displays.  A team often represents their coaches and if it is an ill disciplined and nasty team, you can often find an ill disciplined and nasty coaching set up. If it is a passionate and committed team you will often find those qualities in its coaching structure.

Donna Kennedy had that passion and commitment in everything she said and did and you knew from the little you could see of her that there was nothing she would ask of a player she wasn’t willing to put herself through.

I started as a casual observer, then found myself getting more and more sucked into the excitement of the season. It was a great journey to go on, and I am so happy that the people who worked so hard got to taste the rewards.  A great end to a season that had more ups than downs and ended in lifting the biggest domestic prize in women’s rugby."

Picture thanks to Rugby Matters