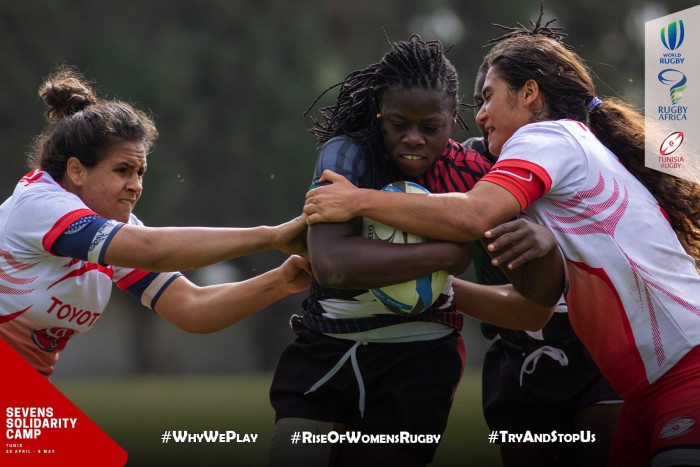 Tunisia, Kenya and Madagascar have completed the first part of their “Solidarity Camp”, organised by Rugby Africa to help prepare the three African teams who have either qualified the Olympics or the Olympics Repechage.

Hosted by the Tunisian Rugby Federation at the Maison du Rugby in Tunis, and with the support of Rugby Africa, the week-long event began with two one-day tournaments on 1st and 2nd May.

The Camp is the first example of part of Rugby Afruca's #AfricaAsOne campaign, officially launched by Khaled Babbou, President of Rugby Africa, last week to drum up support for all African teams representing African Rugby at the international level. Khaled emphasized Rugby Africa’s commitment to supporting teams from their preparation games, all the way to international fixtures including at the Olympic Games.

The first day saw what was in effect a warm-up tournament with the extended squads in action, with each country fielding A and B teams, Madagascar (A) and Kenya (B) ending unbeaten in the Tunis rain:

Day two saw the three nations field their best teams for a double round-robin of internationals, with Kenya - clearly the strongest team – winning all four of their games, while there was little to choose between Tunisia and Madagascar:

There will now be five days of training for the teams, to be followed by two more days of on-field action on 7th and 8th May, which will be streamed via the Tunisian Federation’s Facebook page.