The final African qualifier for next summer’s Women’s Rugby World Cup takes place this Saturday between South Africa and Uganda. 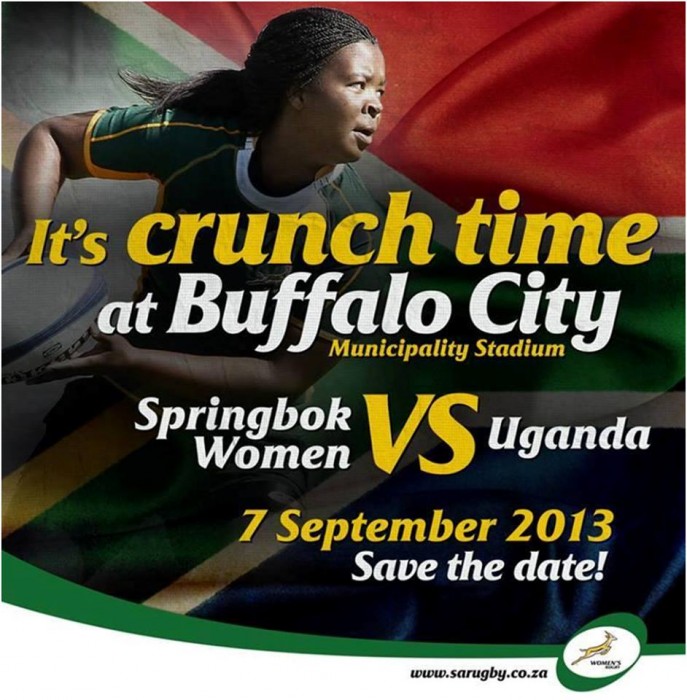 The final African qualifier for next summer’s Women’s Rugby World Cup takes place this Saturday between South Africa and Uganda.

Victory for the Springbok Women would guarantee them a place in the 2014 Women’s Rugby World Cup in France for the third tournament in a row, whereas a win for Uganda would give them their first ever spot at the showpiece competition.

South Africa go into the game on the back of action at the recent Nations Cup.

Border prop Asithandile Ntoyanto will make her debut but caretaker coach Aslam Abrahams has named a familiar side.

The starting team features 13 players who participated in the Nations Cup against England, the USA and Canada in Colorado last month.

Experienced captain and loose forward Mandisa Williams, who featured in the last two Women’s Rugby World Cups and Rugby World Cup Sevens tournaments, as well as a handful of Nations Cup competitions, will lead the team.

She will be joined by host of experienced campaigners, including wing Natasha Hofmeester, flyhalf Zenay Jordaan and lock Dolly Mavumengwana.

Abrahams said: “We have selected a quality team featuring experience and youth, and we believe this group is capable of delivering the goods. The ladies have trained hard this week and the atmosphere in the camp is positive, so it is now a case of remaining focused on the task at hand and doing our best on match-day.”

Uganda will go into the game as underdogs. They qualified for the one-off match by defeating African rivals Kenya in this season’s Elgon Cup – the tournament that has come under threat following an incident at the recent tournament.