All change in Ireland.

A series of announcements and news have been made in Ireland today including a review into recent results and reports that Adam Griggs is stepping down. 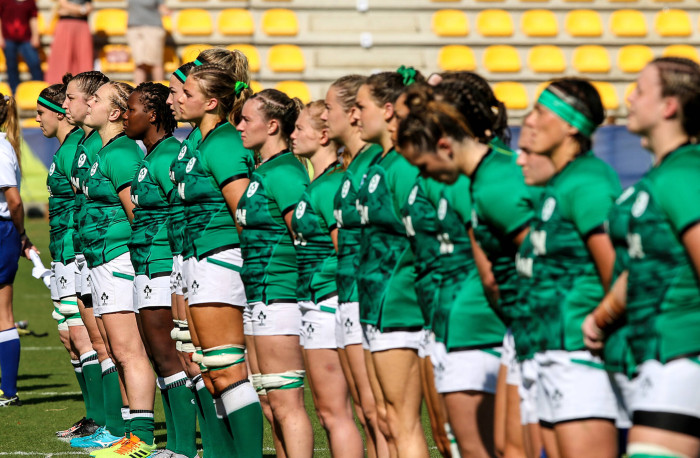 The Irish Independent reported this evening that head coach Adam Griggs has told players that he will  depart after the November internationals, with former assistant coach Greg McWIlliams to take over.

Griggs will coach the side against Japan and the United States next month before handing to McWilliams who has been coaching in the USA in roles including as assistant to Gary Gold at the US Eagles men’s side while also coaching Rugby United New York in American Major League and acting as a Technical Advisor to Yale University.

McWilliams was assistant coach to Philip Doyle when Ireland won the 2013 Grand Slam and reached the 2014 World Cup semi-final.

Griggs' departure is not a surprise given Ireland's failure to qualify for the World Cup, where losses to Spain and Scotland ended their hopes of travelling to New Zealand.

Meanwhile earlier today, the IRFU details findings and recommendations from a review into the changing facilities provided at the Women’s Interprovincial Championship.

Videos emerged online of the Connacht women’s team forced to change in a trailer next to bins where there were vermin running around, with the IRFU and Leinster Rugby forced to apologise for the facilities.

The Connacht players released a statement setting out their disappointment, and called for an investigation.

A review was then undertaken and the IRFU today said that it found that although the Covid-19 pandemic had had an impact, that was not the main factor behind the inadequate facilities.

“Everyone was appalled by the conditions the players had to endure,” said IRFU chief executive Philip Browne.

“From the moment we became aware of the issues we apologised on behalf of all involved and resolved to ensure this would not happen again, I want to strongly echo that commitment once again today.

“A significant amount of work went into the delivery of what was a highly entertaining interpro series.

However, a series of errors has overshadowed the games, we all take responsibility for such failings and vow to do better by implementing the recommendations of this review.”

·       Ambiguity as to responsibility for the organisation of the final weekend of fixtures for the series.

·       Knock-on confusion as to some of the operational and logistical elements of the event planning on the day.

·       A lack of personnel and resources on the ground to properly manage the weekend fixtures.

A number of  recommendations have been made which are set out here.