Colombia retained their sevens title at the Central American & Caribbean (CAC) Games this week in a week where they also showed their determination to “lead the way” in the development of XVs in South America. 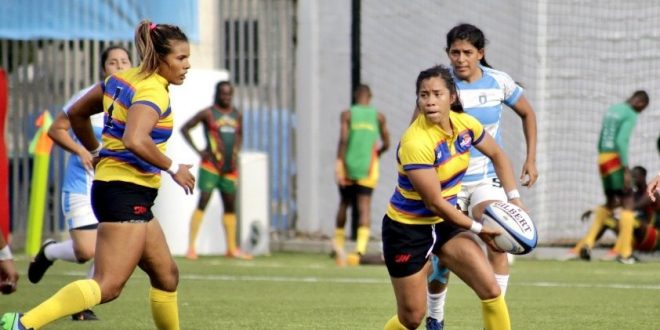 “Las Tucanes” rounded off a highly successful tournament with a 20-0 victory over neighbours Venezuela in front of a home crowd at the CAC Games in Barranquilla this week. Also among the medals were Venezuela and Mexico, who claimed Silver and Bronze respectively.

Las Tucanes were the best of the six competing countries in a competition that brought together the leading nations in the region. Jamaica, Mexico and French Guiana qualified through the Rugby Americas North championship, Venezuela and Colombia qualified via the South American championship, and Guatemala won the Central American Games title last December.

Their route to the Gold Medal Final on day two saw both countries playing two prior matches. Colombia started with a low-scoring 5-5 draw against French Guiana while Venezuela defeated Jamaica 19-10. Their second match was against one-another with Colombia winning 19-12.

In the Gold Medal Final Colombia controlled the game to come out 20-0 winners. Prior to that Jamaica had completed a 41-5 win over Guatemala to claim 5th place while Mexico defeated French Guyana 12-5 to win Bronze.

The sevens gold came a week after Colombia showed their determination to lead the development of XVs rugby in South America when a national XVs selection beat Spanish tourists Las Rozas. One of Colombia’s leading players - Alejandra Betancur – who plays in Spain for Majadahonda - is working with World Rugby to develop fifteens in region.

At the start of the decade Colombia were involved in the development of XVs, which included beating a Venezuela XV in the 2010 Torneo Iberoamericano, but the rise of sevens stifled that development, until now.

“We've got more people and more XVs tournaments so we want to be pushing for international XVs. We will only do it if we keep showing we've got a serious proposal for a XVs tournament. What we're doing now is to reactivate international XV, with sights put on development. At the start of 2019 we will be meeting with World Rugby with a proposal to hold the first South American XVs tournament.