Argentina go for a place in Rio

South America’s regional champions and Olympic qualifier will be decided this weekend – and Argentina are favourites to join hosts Brazil in Rio. 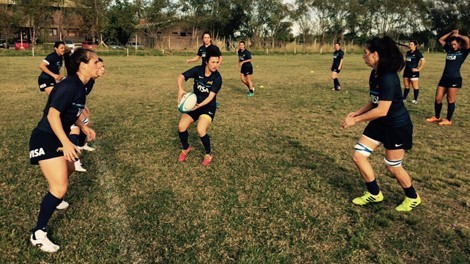 The first of six regional qualification tournaments - CONSUR South American Championship - takes place this weekend in Santa Fe, Argentina. As they have already qualified, Brazil will not take part – which also means that the championship will have a new winner as Brazil have won every previous competition, and indeed have never lost to South American opposition. Eight countries have entered the women’s tournament, with Costa Rica taking part for the first time (and only in the women’s event) alongside Chile, Columbia, Paraguay, Peru, Uruguay, Venezuela and hosts Argentina.

All eight teams will play in a single pool with the winner qualifying for Rio, while the runners-up and third placed team will take part in the final world repecharge tournament in June 2016.

In practice, however, Argentina will be the favourites for the women’s event. Although they have never beaten Brazil, their record against the rest of the continent is almost as overwhelming. They are also the only South American team, other than Brazil, ever to have played in the World Series.

"It's the biggest competition ever for the women's team. We are faced with the opportunity to qualify for the Olympic Games. We know that there is only one chance and we are training very concentrated, to be the best way for the weekend," said the coach Nahuel García.

As part of their preparations the team has played tournaments this season in Mar del Plata, Las Vegas and Hong Kong, in addition to events in South America.

The overseas trips were tough, pitting the team against stronger, more experienced opposition. "We had some heavy losses that forced us to rearrange the team and find new positions for some girls. However the preparation for this tournament was good and in recent competitions [in South America] we already seen positive results. "

"In theory the hardest teams we will face will be Colombia and Venezuela but Uruguay and Chile are teams that are all growing. They play regularly and are difficult teams. But beyond the other teams, the real opponent is ourselves. We have to play our best regardless of who we face. "

"All games are as important as a final, because qualification may come down to points difference. The final result will depend on everyone. We start with Venezuela and Uruguay, who will be very hard. The first match in seven is always difficult, but it will be for everyone."

Play begins on Friday at 9.30am, local time.