The Farah Palmer Cup pool phase is reaching is climax as teams battle for semi-final spots in both the Premiership and Championship. 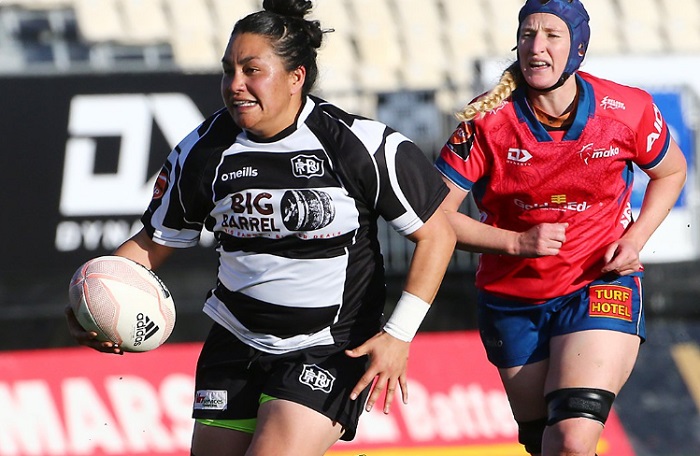 The Farah Palmer Cup is closing in on its finish. The teams ranked in the top two in the championship after this weekend would earn a bye to the semi-finals, while those ranked three to six would play off in quarter finals next weekend. For the Premiership next weekend will be the final pool phase – except for Auckland who completed their pool programme on Saturday.

Despite that, Auckland are safe for the semi-finals having booked their placed courtesy of Counties Manakau, beating them 38-31. However, it was not a game without some controversy as the former Black Ferns flanker and now Auckland captain Linda Itunu used Twitter to call for better referees in the Farah Palmer Cup regardless of gender, responding to New Zealand Rugby's push to promote female referees during the FPC this season.

"I understand that they trying to promote female referees”, she said, “but please make sure they are the best refs whether they female or male. Us athletes work hard on our craft and just a big downer having Incompetent refs... Sorry just being real."

Auckland lie equal top on 25 points with Canterbury, who cruised to a 45-5 win over Waikato on Sunday – although Canterbury have one more game to go next week against Bay of Plenty, who pulled themselves back into the reckoning with a four-try bonus point 30-17 win against Manuwatu

With Auckland and Canterbury safe, Bay of Plenty, Wellington (who had this weekend off), and Counties Manukau will be competing for the final two places – so the bonus gained by Counties at Auckland could prove crucial.

The Championship section ended with Otago clinching top spot by beating Hawke's Bay 34-26 in a f-the-table clash top with both teams scoring four-try bonus points. It was a result that ensured that the teams finished first and second in the table and will have a day off next weekend.  Northland retained third place with a 35-29 win over Tasman, while North Harbour's 33-21 over Taranaki moved it into fourth place.