With only four weeks to go to the first round of the World Series, Australia have put down a strong marker at a high-profile development/warm-up tournament in Japan. 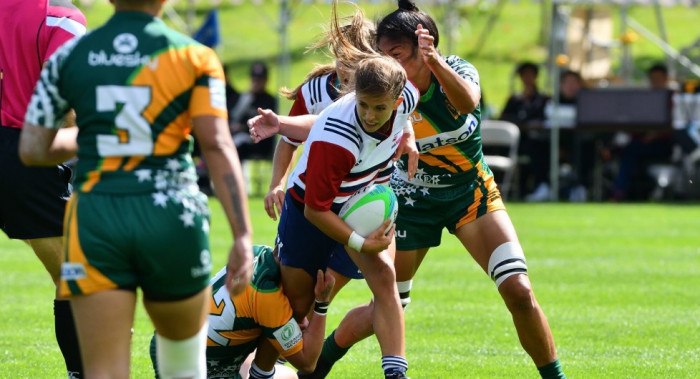 The Governor’s Cup is an invitational tournament played in Hokkaido in Japan, and with the early start to the Women’s Sevens World Series this year the tournament attracted teams from four of the top five in last year’s Series (France are training in Morocco).

These were not the full-strength squads, and coaches will have been experimenting, but even so some will be happier with the outcomes than others.

Australia in particular will be delighted by a near faultless performance that climaxed with a dominant 33-5 win over rivals New Zealand in the final, having also beaten the Canadian Maple Leafs 32-5 in the pool. Ireland, lead by Lucy Mulhall, will also be delighted with their third-place win over Canada.

The performance of the Canadians was a concern to some supporters. BC Rugby News reported:

“A 4th place finish in a preseason tournament, losing to Ireland, 10-7. It's like the engine light intermittently comes on in the car, the oil level is fine but it lurches and stalls at random times. It's time to look under the hood and get the mechanic to do some diagnostics.

This wasn't the full Canada side, it's a development tournament, but there were four players on the squad that see regular series action, Julia Greenshields, Pam Buisa, Breanne Nicholas, Olivia Apps. Five if you include Tausani Levale.

Watching the game below some worrying signs compared to Ireland. The players don't seem as technically accurate, a lot of rote offloads without looking that went astray and turned over possession. Body position and accuracy at the breakdown, Canada rely a lot on power instead of technical execution. Speed and footwork, not a lot of pure breakaway speed or evasive footwork on display. Ireland came up fast on defence and it flustered a lot of the Canadian players, which you would expect when players are trained to a system rather than individual decision making skills. Some of the players struggled to make basic passes - the selection criteria seemed more focused on size and power than skill and speed. A power game can work as the Fijians have proven but it needs to be matched with technical execution to succeed.”

On the other hand, although they could only finish 7th, the United States management was much more positive about the weekend. Head Coach Dave Clancy said:

"I'm really pleased with the amount of quality minutes we got the squad against high-level competition, providing a challenging environment for development. Top try scorers Neariah Persinger and rookie Kristi Kirsh were outstanding finishers, Kasey McCravey lead from the front as captain while veteran Megan Foster was a constant threat. The squad has shown a clear pathway for top club players who performed in domestic competition to push for future Eagle squads."