Former Australian Sevens representative Tim Walsh has been appointed head coach of the Qantas Women’s Sevens for the 2013-14 season. 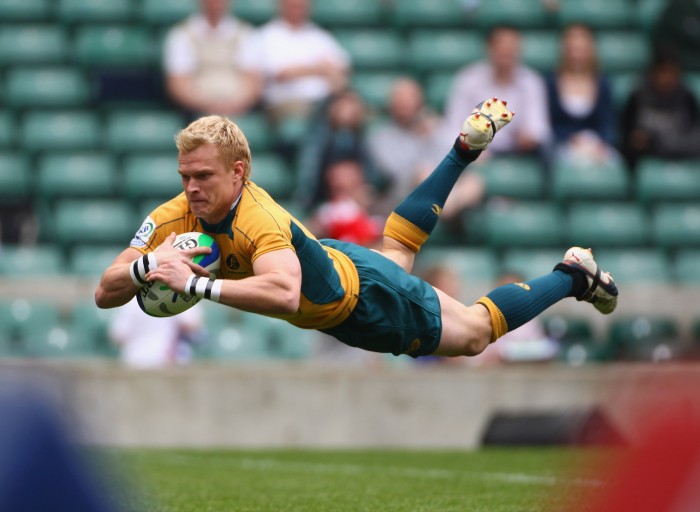 Walsh has worked as coaching co-ordinator with Australia’s men’s and women’s Sevens teams for the last two seasons and was assistant coach for both teams during Rugby World Cup Sevens 2013 in Russia.

“I’ve seen the talent and potential in the women’s Sevens programme and I’m really happy to be continuing my work with them,” Walsh said.

“The opportunity to continue growing the women's game and to be part of making Olympic history is something I believe we can achieve and I want to be a part of.”

The 34-year-old replaces former head coach Chris Lane, who resigned from the position at the conclusion of the women’s Rugby World Cup Sevens in June, where Australia finished fifth.

The main focus for Walsh and his team this season will be the IRB Women’s Sevens World Series, which is now in its second year and features five tournaments – Dubai, China, USA, Netherlands and Brazil.

“Our main goal is to achieve dominance and success in the World Series,” Walsh said.

“We also need to build depth and a sustainable future for women's Sevens. It is an incredibly entertaining sport, but it needs to be clinical in execution.

“We’re working very hard to ensure we can play an entertaining and ruthless style of Rugby. We have the talent, we just need to harness it and become effective and efficient in everything we do.”

Prior to joining the Australian Rugby Union as Sevens coaching co-ordinator in June 2012, Walsh had experience as both a head coach and assistant – working with the Samurai Sevens, Italian side Petrarca and the Australian Under 20s at the 2011 IRB Junior World Championship.

He represented the Australian Sevens in 17 IRB tournaments, between 2001 and 2009, as well as at the 2002 Commonwealth Games in England.

The flyhalf played professionally around the world, with stints in Super Rugby, New Zealand’s National Provincial Championship and the English Premiership, including Heineken Cup matches. His first professional contract was in his home state, with the Queensland Reds.

The Australian Women’s Sevens program has a busy schedule in 2013-14, which starts next month in Noosa with the Oceania Women’s Sevens Championships on 4-5 October.

The squad will then compete in the Shanghai Sevens in late October and the Coral Coast Sevens in Fiji in mid-November.

The IRB Women’s Sevens World Series kicks off on 28 November in Dubai and Walsh knows the challenges that lie ahead.

“We’re experiencing a new era of the women’s game, where it has grown into an incredibly competitive environment,” Walsh said.

“The game has progressed incredibly fast and we’ve seen a lot of countries’ governments put significant funding behind their Sevens programs.

“With the Olympics on the horizon, countries are targeting Sevens as a potential medal opportunity, so we’re seeing more and more non-traditional Rugby nations become competitive on the international stage.

“The Road to Rio has already started and we are preparing to win the IRB series, qualify for the Olympics and win gold. The more exposure our players get to elite competition and development, the more realistic these goals become.”