Australia to bid for World Cup

In a surprise announcement yesterday, the Australian Rugby Union have announced that they will be bidding to host the 2021 Women’s Rugby World Cup. Is a sleeping giant about the wake up? 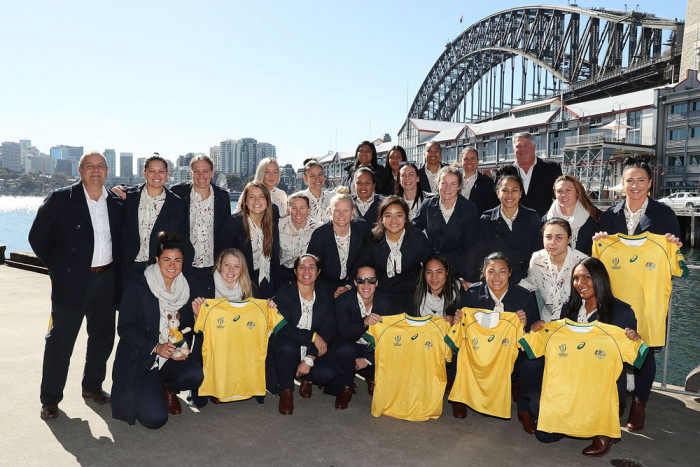 In yet another example of how the women’s rugby world has changed, Australia are to bid to host the next World Cup.

This will not be the first time an attempt has been made to take the World Cup into the southern hemisphere. The bidding process for previous World Cups has tended to be somewhat opaque, but we do know that South Africa expressed an interest in hosting the 2010 tournament, and that New Zealand and Samoa both initially put their names forward for 2014, though New Zealand subsequently withdrew their bid in favour of that of Samoa.

However, in both 2010 and 2014 the tournament stayed in Europe. The near financial disaster of the 2006 tournament in Canada gave rise to an IRB/World Rugby policy of extreme caution and cost minimisation which favoured Europe. England’s low cost “campus” format for 2010 also met with approval for the same reason, and was largely replicated in 2014 in France and 2017 in Ireland.

But the game is changing at an astonishing speed, and it seems likely that such considerations will surely be swept away in the review that was promised after August. A capacity crowd for the classic 2017 final, not to mention TV viewing figures and positive reaction from broadcasters, followed by World Rugby’s new plan for development of the game, suggests that something more ambitious may be expected for the next tournament.

Of all of the southern hemisphere countries Australia always seemed least likely to be a World Cup host. Their almost legendary lack of interest in test rugby – especially after the success achieved by their sevens team – always appeared to count them out of the running.

But that is all changing too. Monday’s announcement about a proper inter-state XVs tournament was a massive step forward, while the threat posed by the rapid growth of women’s rugby league cannot be overlooked. The ARL have just hosted a successful Women’s Rugby League World Cup, and a trans-Tasman rugby league tournament next year, with reports of contracts of $A20,000, could have proven very attractive to union players if hopes for international or state glory remained off the radar.

Now, for the first time, the Wallaroos XVs team is being spoken about in the same breath as the VIIs team. The words of outgoing ARU CEO Bill Pulver were significant: “For a young girl picking up a rugby ball for the first time next season, she will now have a clear and accessible pathway to represent her country through the Wallaroos and Australian women’s sevens team,” he said. “Super W will allow our women’s XVs players the opportunity to play in a high quality competition, fully entrenched within the professional programs at each state giving them access to elite coaching and high performance facilities.

“This will make the Wallaroos a significantly stronger outfit moving forward.

“The pathway is now complete in both with the University Sevens Series and Super W working in tandem to provide elite opportunities for players in both formats of the game.

“Bidding for the women’s Rugby World Cup I hope signifies to the community how serious we are about making rugby a game for all and growing female participation. If we are successful with our bid, it will have an immediate and significant impact on women’s rugby.

“The Australian rugby community has been incredibly proud of the growth of the women’s game in recent times and I know that this crucial competition is going to supercharge this growth in future years.”

Never has any Australia rugby official been so positive about the future of women’s XVs in Australia.

What is more, the potential of an Australian test team is enormous. In the past three World Cups they have been hamstrung by a lack of preparation, only really getting into their stride when the tournament was all-but over. Yet they have still put in some impressive performances. If the ARU now start to give the Wallaroos anything like the playing opportunities that any of their rivals receive then the sky is the limit.