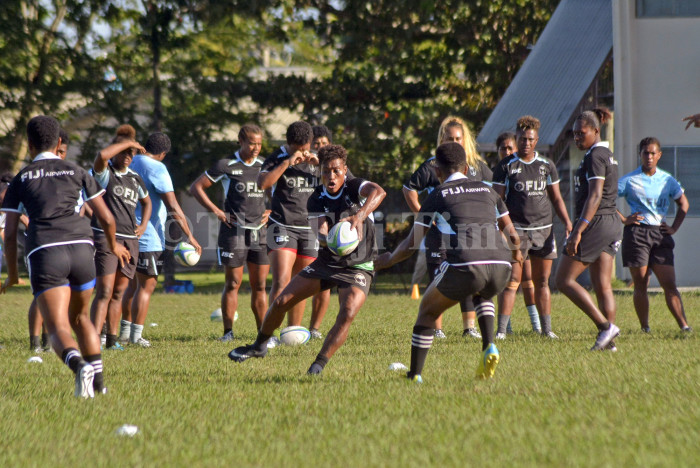 Head Coach Dwayne Nestor has named 15 Test debutants in the squad as Australia continues its preparation for Rugby World Cup 2021 in New Zealand.

After the cancellation of its test series with New Zealand, this is the first look at a possible Australian team for the World Cup. 32 players have been selected to attend the World Cup traning camp, with a further 13 named as "Players of Interest" who are currently unavailable, generally though injury. The new call ups include former Bristol Bear Aleena Greenhalgh, and Hilisha Samoa - who hasn’t played in the Green-and-Gold since the last World Cup in 2017, where she was named as Australia's Rugby Player of the Year..

The camp follows on from the exapanded Chikarovski Cup in New South Wales and ACT last month which, along with games in Queensland (but, controversially, nothing in Western Australia), organised to replace the New Zealand games.

Buildcorp Wallaroos Head Coach, Dwayne Nestor said: “This is a huge opportunity for some of these young players to really stand up ahead of what is going to be a massive 2021 with the World Cup right on our doorstep.

“We have been adaptive in a challenging 2021, but we have still seen some really good quality Rugby through Buildcorp Super W, our club competitions, the Queensland Select match and the Chikarovski Cup which has allowed us to really see some of these young players coming through.

“We have also had a few injuries to some of our core players from last year and we have opted to let them continue their rehab in their respective states, which allows us to look at a few more people. “The hard work continues in Canberra and I know the whole squad is looking forward to re-connecting after so many virtual sessions.”

Last week the Wallaroos journey at the tournament was confirmed, which will see Australia take on the tournament hosts as well as Wales and the Final Qualifier winner in the battle of Pool A.

Fiji named 71 players in an extended Fijiana XVs squad for a training camp that took place last week. The squad was announced by head coach Senirusi Seruvakula after the completion of the National 10s competition at Tavua’s Garvey Park.

Seruvakula said the squad selected were the cream of women’s rugby players in the country who participated in the Fiji Rugby Union’s 2020 Skipper Cup, 2020 Vodafone Vanua competition, the Regional 10s event and the National 10s competition.

“The composition of the squad includes some young girls,” he said. “It’s a mixture of experienced players who participated in the qualifiers late last year with new talents identified during the various women’s competitions this year.

“It wasn’t easy selecting the extended squad and am very impressed with the abundance of women ruggers in the country. We are going to rotate them in regards to their level of understanding about the system. Some players would be dropped and we would be in camp every month.”