Australia captain Cheryl Soon (pictured) has admitted that lack of test games could disadvantage her team at the Women’s Rugby World Cup later this summer. 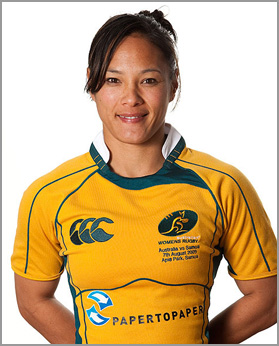 Australia will travel to London without playing a 15 aside test game in over a year and commenting on her blog for the IRB, Soon says her side will have to soldier on and make the most of camp preparation.

To be honest we don't have a lot of preparation, we would like a lot more and in particular some test matches. We only have three camps before we head off to the UK. We have to make do with what we can get and push on. Ideally I would like some test matches, that would be good preparation but we have got to soldier on with what we have got and make the most of it she said

Two of our pool opponents at the World Cup - Wales and South Africa - have both played some matches recently with the Six Nations or tests with Kazakhstan last week and I think it does put us at a little bit of a disadvantage because we want to be having game time.

She said however the Australians were used to travelling to major tournaments without test game preparation and still doing well.

It is a bit of a disadvantage, but we have done this before. We did it with the Sevens, we only had two camps before we went to the World Cup. We have faced adversity and it is about how you deal with it and how you come through it at the end. It is just believing in yourself and each other and not worrying about the little things and focusing on the job at hand.

Australia have a tough World Cup pool with New Zealand, South Africa and Wales to be faced. Soon says she recognises that her side face major challenges.

We are going to play each game like it's a final, whether that is against Wales, New Zealand, South Africa or whoever else we may face. We are going to throw everything at them, hammer and tongs, the kitchen sink, everything and just see how we go. We are certainly not taking Wales lightly as a result of them getting the wooden spoon.