The game’s number one team are back in action this weekend with the Black Ferns having travelled to Sydney to take on Australia in their first match since lifting the World Cup last summer. 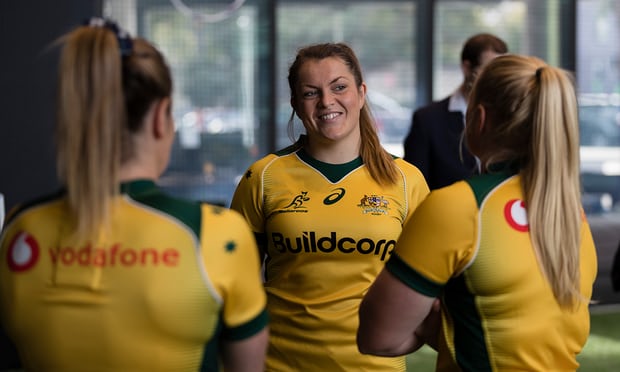 The game is the first of a two test series and is being played before the Bledisloe Cup opener and it is the first time the Wallaroos have played at home for for over a decade.

The teams last met last year when New Zealand produced a 44-17 win, and with Australia having finished sixth at last year’s World Cup, on paper it all points to handsome New Zealand win.

But that prediction would ignore the impact of the feel good factor in the women’s game down under, following significant strides made off the field over the past year.

This year’s inaugural Super W competition, which helped develop 13 of the debutantes in the squad for Saturday’s game, has been a huge boost in unearthing new talent and breathing life into the club game while the ARU have also bid to host the next Women’s Rugby World Cup and the national 7s side are now on equal pay contracts with the men’s side.

On something of an upward wave, this will be a Wallaroos camp better prepared and buoyed than they have been for some time, after months of state-based training camps.

Maguire will step into the inside centre spot in place of the experienced Sarah Riordan, who suffered an ankle injury at training on Wednesday, ruling her out of the Test.

Former Sevens star Mahalia Murphy will take the 15 jersey for the match, with the Laurie O'Reilly Memorial Trophy up for grabs.

Coach Dwayne Nestor said: "We’ve had a really excellent build up to our first match of 2018 and the team is chomping at the bit to get out there and play some rugby,"

“I’ve been really impressed with how this team has taken on the detail of the way we want to play and physically worked hard over the last few months - it’s all come together in camp quite well.

“This match is going to be incredibly tough, but it’s a challenge we are really looking forward to.”

New Zealand go into the game having yet to start their provincial competition but with a core of experience that suggests they will be very hard to beat.

There are two debuts in the starting lineup with Ruahei Demant wearing the number 10 shirt and Alena Saili on the wing. Demant has had rough luck with injuries in recent years but is a very highly rated prospect and it will be fascinating to see if she can make the shirt her own.

Saili, 19, is a contracted Black Ferns Sevens player while three other players; Krysten Cottrell (Hawke's Bay), Cristo Tofa (North Harbour) and Leilani Perese (Counties Manukau) are in line to make their Test debuts off the bench.

Cottrell is a versatile back, and has previously won four national sevens titles with Manawatu, Perese a ball-carrying prop, and Tofa is also a front rower who has been plucked out of club rugby at the age of 31.

Coach Glenn Moore put Demant's selection down to the 23-year-old's determination and dedication.

"Ruahei never gave up on her rugby dream and worked her way back from knee surgeries. She's a very experienced player at both club and Farah Palmer Cup (FPC) level. She's a strong kicker, well organised and works well with (halfback) Kendra (Cocksedge).

New Zealand warmed up for the test series with a Game of Three Halves against Bay of Plenty and Auckland.

"We've had the luxury of more preparation time which has given us the opportunity to gel as a team, test a few things, and make sure everyone is the best physical and mental state they can be in.

"The players are really enjoying being with each other and we're really humming. It's been more than a year since we've played Australia and we can't wait to get out there."