Australia out to end 25 year wait for win over NZ

We look ahead to the first of two tests between Australia and New Zealand in the Laurie O’Reilly Memorial Trophy on Saturday in Perth. 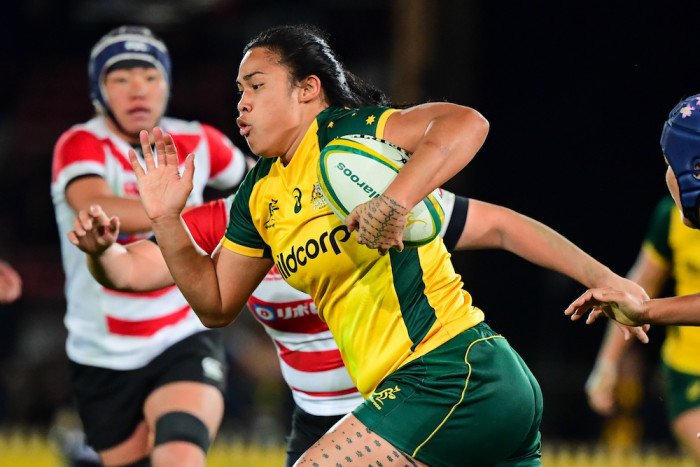 Australia will attempt to beat New Zealand at the 17th time of asking this weekend when they host their nearest rivals at at Optus Stadium, Perth.

The hosts warmed up for the match with two wins over Japan and the team includes three changes to the side that played the second of those tests.

Former captain Liz Patu starts in the front row alongside Evelyn Horomia, while the other change to the starting side sees Georgia Cormick promoted at halfback

“This is a great opportunity for us this week to show off the improvements we have been working hard on since the Japan Series,” coach Dwayne Nestor said.

“We’ve targeted some keys area of growth that we want to work on, and the squad has responded really well to those challenge. “Bringing in some new faces in the starting XV freshens us up and is a just reward for the hard work and performances of Georgia, Liz and Evelyn."

New Zealand come into the matches on the back of their Super Series in in the USA in recent months, where they won three out of four tests against the world's other leading nations and as firm favourites to carry on their remarkable run over their rivals.

The Black Ferns have had a two-week break and coach Glenn Moore said the players had recovered well and were excited to be back training together.

He has named an experienced side to be led by Les Elder.  Moore has named two uncapped players on his bench - North Harbour prop Olivia Ward-Duin and Otago midfield back Kilisitina Moata'ane.

"The Laurie O'Reilly is the equivalent of the Bledisloe Cup for us so it means a lot. We don't see ourselves as defending it. We need to win it again. The players are all working hard to challenge selection and represent their country.