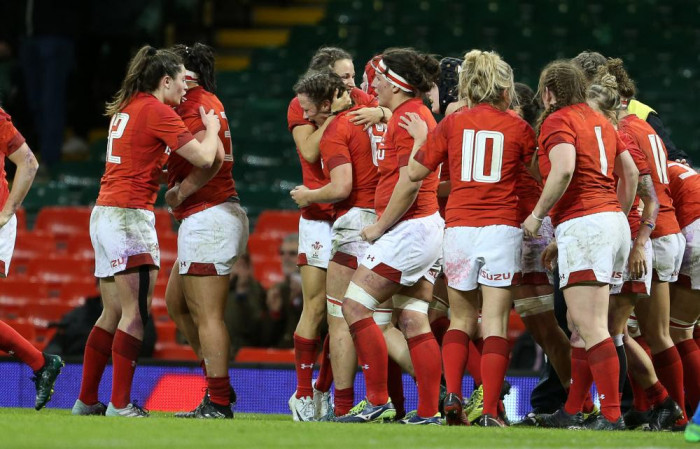 England have named a new look squad for their games against the USA, Canada and Ireland with former captain Katy Daley-Mclean set to win her 100th cap.

She sits on 99 caps at the moment and her experience will be vital in a squad that includes eight uncapped players - Claudia Macdonald, Tatyana Heard, Carys Williams, Lucy Attwood, Ellie Mulhearn, Sarah Beckett and Ellena Perry are also included.

These tests take on extra significance given that players are effectively playing for contracts. From January the RFU are offering full-time contracts for 28 players with the Autumn squad all now given the best possible chance to be offered deals.

Players who haven't made the Autumn squad through injury and work commitments will still be applying pressure to agree deals - those include Sarah Bern, Amber Reed and Amy Cokayne.

USA will take 34 players on tour to play New Zealand, England and Ireland under new head coach Rob Cain.  The team have not been together for games for well over a year

They start their Autumn by hosting New Zealand as part of a triple-header on November 3 at Chicago's Soldier Field. They then travel to Europe for a test match with England on November. 9 at Allianz Park before they closing out their schedule against Ireland on November 18 at Energia Park.

Of the 34 named players, nine return from the last World Cup, eleven have won a national club or college championship in the last 14 months and three are current Women's Junior All-Americans. There are an incredible 21 players who are uncapped travelling.

Wales have named a huge 43-player squad for their three games at  Cardiff Arms Park.

Twenty of the players are uncapped, complementing a core of senior players who will be peaking at the next Women’s Rugby World Cup in 2021.

Head coach Rowland Phillips’s team meet South Africa, Hong Kong and Canada on consecutive weekends in November. The games against the Springboks and the Canucks will take place on the morning of the men’s Under Armour Series matches at Principality Stadium.

In a new development for the women’s game in Wales, selection for the international side has this season been based on regional participation, with the recently-concluded competition uncovering a host of new talent.

“The regional programme has been very successful with regards to improving standards in the women’s game, and it’s delivered what we hoped it would,” said Phillips. “It’s enabled us to discover new players and it’s highlighted our strength in depth.”

With an average age of 22, the Wales squad will be put through their paces by Phillips and his assistant coaches, Gareth Wyatt and the newly-appointed Hugh Gustafson. “We’ve got a limited amount of time together in camp before we face South Africa,” explained Phillips. “We know the Springboks have really pushed on their rugby programme, and they’ll be a big and physical challenge to kick-start our autumn series.