Autumn tests kick off this weekend

The busiest Autumn International window in the women’s game on record gets underway this weekend with three clashes. 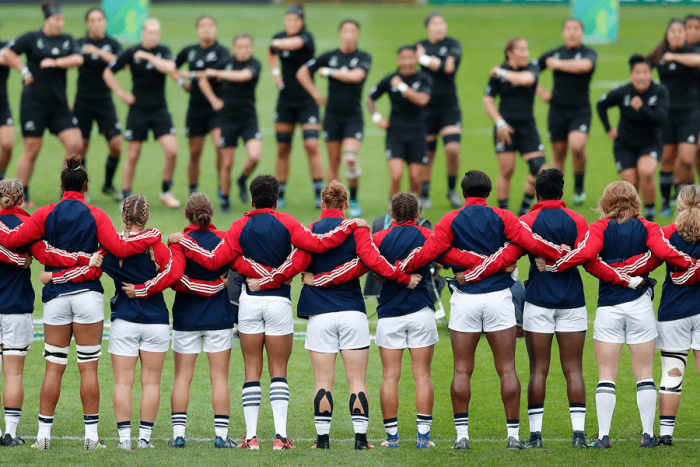 South Africa make their return to the international game with their first match in four years, when they take on the UK Armed Forces in London – you can read more about this game here.

Elsewhere New Zealand have travelled to play the US and Italy will host Scotland.

The game in the US is perhaps the most interesting of this weekend’s clashes, both to see how the Black Ferns have continued to progress thanks to a renewed focus on the women’s game in New Zealand, and for the historic nature of the occasion.

The match comes at the end of a one-off triple-header at Soldier Field in Chicago (Italy play Ireland, and the NZ Maori play the USA in the men’s games first) and the World Champions are up against a USA side with a new head coach, who haven’t played a test game since the World Cup.

On the New Zealand side, Glenn Moore has named a squad with a decent mix of experience and freshness – there are just three new players with backs Ayesha Leti-I'iga (Wellington), Kilisitina Moata'ane (Otago) and Natahlia Moors (Auckland) were called up after strong Farah Palmer Cup seasons.

Aside from the newcomers, Moore has retained the players who were part of the squad who successfully retained the Laurie O'Reilly Memorial Trophy in their August Tests against Australia.

The Black Ferns have already played two tests against Australia this year (Sydney and Auckland) and after this game, they will end the test season in France with two tests, in conjunction the All Blacks.

The USA, now led by former Saracens coach Rob Cain, are starting a tour where they will also play England and Ireland.

Cain has named 34 named players, with nine return from the last World Cup, while a whopping 21 players are uncapped.  Kate Zackary, well  known for her sevens exploits, captains the team.

Scotland travel to Calvisano to play Italy on this weekend ahead of other tests against Spain and Canada while the Italians will also play South Africa in this window.

The Italians are viewing this as the start of the process of qualifying for the next World Cup – something they will aim to do via the next two Six Nations - and are set to name a new captain in place of Sara Barratin.

Scotland have named a number of new faces including Lisa Cockburn (Darlington Mowden Park RFC) who is in line to make her debut. Other new faves include Rachel McLachlan (part of the Scottish Futures U20 Squad), Lucy Winter, Caitlin Sedgeworth, Mairi Forsyth, Bryony Nelson and Annabel Sergeant, who will add to the challenge for places.

Nelson will be joining her sister Helen for the first time in the XV-a-side squad after playing for Scotland 7s together earlier in the year. Sergeant is making her return to Scotland after spending living abroad.