Fresh from their triumph at Twickenham, France have announced their squad for their next game against Ireland on 8th March. In addition they have also published squads for two sevens tournaments in March. 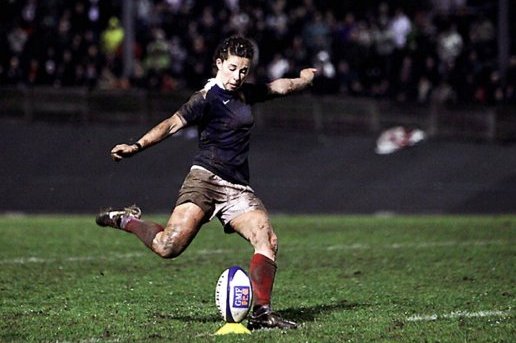 There are only two changes to the team that beat England last weekend. Young Montpellier prop (and midwife) Aurélie Vernhet has been forced to withdraw from the team for work reasons, while the injury sustained by Elodie Poublan in the second half of the game has proved to be serious.

The centre – also from Montpellier - underwent tests on Monday which confirmed the fears of the night. The 23-year-old, who had suffered a a serious knee injury in 2011, has been diagnosed as having ruptured her anterior and posterior cruciate ligaments and will be out for a significant period.

"It's a big blow for her and for us”, said team manager Annick Hayraud. "Elodie only recently returned to the team.”

Poublan, with 34 caps, is one of France’s most experienced centres and such a serious injury could see her miss not only the rest of this season, but possibly much of next. As head coach Christian Gallonier told us last weekend, it is a loss that France can ill afford.

However, it was not all bad news for France’s management team. Monday also brought the news that talismanic fly-half Aurélie Bailon has now recovered from her broken thumb and will be available for the Ireland game. The 26 year-old physiotherapist is the team’s most reliable and experienced kicker, as well has knowing how Gallonier’s team works. Sandrine Agricole performed well in the role at Twickenham, but Bailon offers more distance with the boot, and also allows Agricole to return to her preferred position at centre.

Bailon takes Poublan’s place in the squad, while Vernhet’s absence will be covered by 23 year-old Rennes prop Lenaig Corson.

Overall, the changes should strengthen the French team for Ashbourne. Bailon’s return is crucial and Gallonier now has an embarrassment of riches on both the wings and at full-back, where Tremouliere and Caroline Ladagnous will be competing head-to-head for the 15 shirt.

However, on the other hand the entire French squad are likely to be involved in a full round of club games on Sunday - only five days before the game at Ashbourne. A couple of even minor injuries and all of France's plans could go awry..

Ladagnous also appears in another squad announced on Monday – the French squad for the Hong Kong Sevens. Sevens is a priority for France this season, and the French management are under pressure to not overplay Ladagnous (and Jade Le Pesq  and Marjorie Mayans). Should France win in Ireland this will hugely complicate French selection decisions for the final round of the Six Nations, which takes place little more than a week before the tournament in Hong Kong.