The Barbarians made a successful start to life with a women's side with a 19-0 over Munster at Thomond Park. 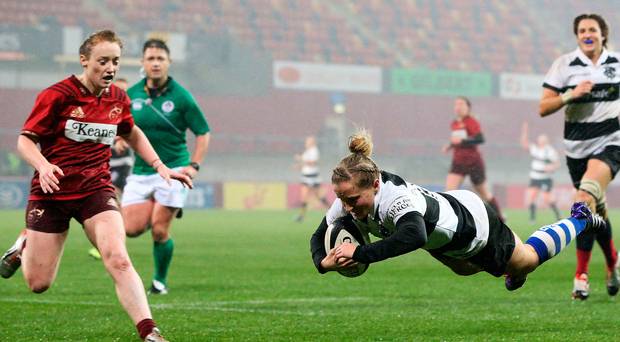 A first-half penalty try and then second half tries from Ireland international Ailis Egan and England's Georgina Robert's secured the Barbarians' victory in Limerick - the final try showcasing true Barbarians style with a great flourish in the lead up.

Ironically the opening score was a 27th-minute penalty try with the Barbarians pack putting Munster under huge pressure in the shadow of the posts. It was 7-0 at the turnaround, with the hosts holding well but coach Laura Guest swapped all 15 players at the break and the visitors looked much more settled in the second period, despite the awful conditions.

Further women's matches against club, provincial and international sides are being planned with a full fixtures scheduled to be announced later this year.