Big win for Army in Germany

The Autumn Internationals ended in Heidelburg in Germany last weekend 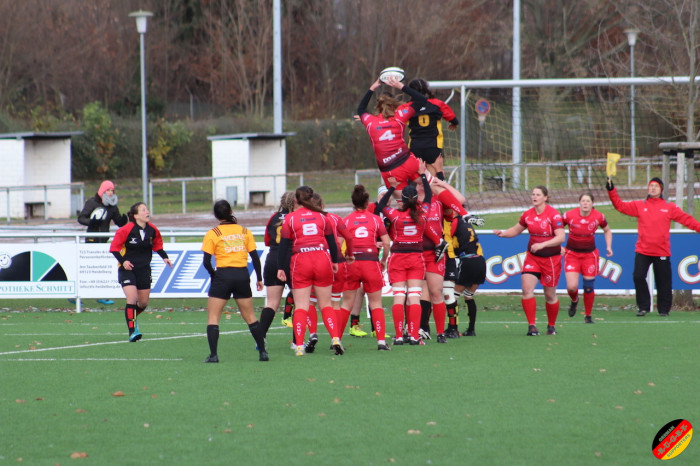 Report from Total Rugby. The snow had melted in time with the help of the under-soil heating under the HRK artificial turf and so everything was ready for the match day.

In their first game earlier in the year Germany had been able to keep up with the British army selection, but in the second round they conceded some heavy blows - at the end there was a clear 6-51 result on the scoreboard.

The British Army was lead by Welsh World Cup participant Gemma Rowlands. In addition a number of Premiership players put the German players under pressure from the first minute. In the first half hour, the German XV could still counter good and even set offensive attacks. Two penalties by finalist Pia Richter kept Germany in the game.

But mistakes in their own defensive game brought the Army once back into the match and at the break, the gap was clear with the score 6-22. In the second half, the game ran against Germany:

"We had more and more problems with the strength of the opponents and have in the not had an ordered defence or were aggressive enough" said national coach Markus Trick. As a result, the visitors continued to score points while the German XV rarely made it into the opposite half. In the end, a clear 6-51 score - national coach Trick continued: "In the second half, the British clearly dominated."

In view of the young squad, however, such a game is still valuable. A game against an opponent like Switzerland revealed fewer weaknesses than this game. Coach Trick, who looks after the team together with Alfred Jansen, agrees: "Of course, the result is not what we expected, but we gained a lot of experience and showed our weaknesses. So that was a valuable test, especially as some players played at this level for the first time. "