Biggest 7s weekend of the year

This weekend is not just about test rugby. 35 teams will play 86 sevens internationals across four tournaments on four different continents, include two Olympic qualification events. 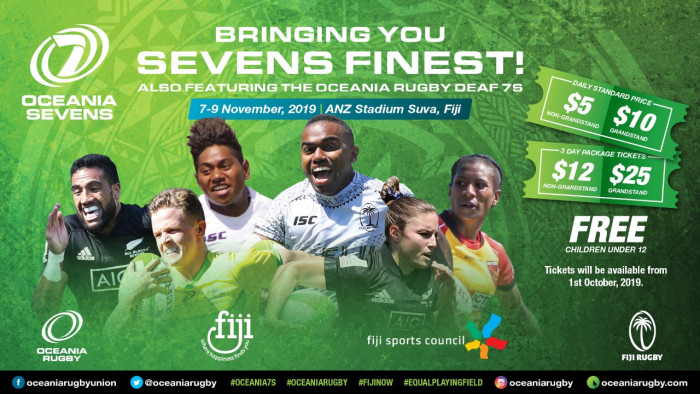 From Suva to Montevideo, by way of Guangzhou and Elche, this will be a massive weekend of international women’s sevens that also ensures that 2019 will be the busiest year of women's sevens ever.

The weekend begins in Suva, Fiji, with a complex 12-team tournament that will produce both an Oceania champion and an Olympic regional qualifier.

In effect there are two tournaments being run simultaneously. Australia, Canada, New Zealand and Japan compete in “Pool A”. All have already qualified for Tokyo already. In a largely separate competition eight other teams – Fiji, Nauru, Solomon Islands, Vanuatu, Papua New Guinea, Samoa, Cook Islands and Tonga – compete in an Olympic qualifier.

Then, at the end of day three, the winners of the two tournaments play-off for the Oceania title, currently held by Australia.

Fiji – as the only World Series team in the Olympic qualifier tournament – start as clear favourites to qualify for Tokyo. They have never lost to any of the other seven teams in the tournament, and that is unlikely to change. Certainly, the three teams in their pool – Nauru, Solomon Islands and Vanuatu (who make their international sevens debut) will not cause them to slip up. Papua New Guinea should meet them in the final – experience alone gives them a significant advantage over Samoa, Cook Islands and Tonga.

“Pool A” features, on paper, three of the leading teams in the world, plus the leading team in Asia. In practice these will not be full strength teams, but they should provide some top quality sevens for the crowd in Suva.

On Friday the annual Valentin Martinez tournament kicks off in Montevideo, with bonus that this year it should form the first leg of a planned three-leg South American Championship. Nine teams take part – with Venezuela still absent.

Brazil will start as clear favourites, but after losing the Pan American bronze final to Colombia earlier this year, this will not be the cake walk of old. Argentina may also threaten a place in the final.

Eight teams compete for Asia’s second place at the Tokyo Olympics. Japan, having already qualified for the Games as hosts, do not take part. China may benefit from being hosts for the tournament in Guangzhou, but in practice that rarely counts for much. Kazakhstan, Hong Kong and Thailand are all capable of causing upsets.

This promises to be the weekend’s most exciting an unpredictable tournament.

Five European teams (France, Ireland, Spain, Poland and Belgium), plus an Emerging France team, compete in Elche in Spain. The six teams play in a single round-robin pool over the weekend. Though often treated as a training event, Elche is a public tournament. Poland and Belgium in particular will be usin gthe event to prepare for the World Series qualifiers next year.