Biggest ever study of injury in Sevens

The largest ever study of match injuries in women’s sevens has been published. 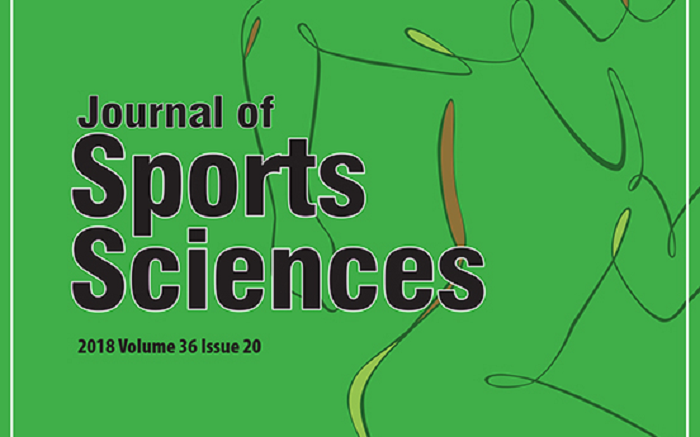 Funded by World Rugby, the research – published in the Journal of Sports Sciences – looked at injuries to players in the core teams that have participated in the eight World Sevens Series since it began in 2012.

Using data from World Rugby, 1,562 players were included in the study, playing a total of 3,938 hours of rugby, making it by far the largest study of injuries suffered in play by women players.

Some interesting data emerged, and not all of it was injury-related.

There was also a sharp drop in age after the 2016 Olympics, while height and body mass remained consistent: 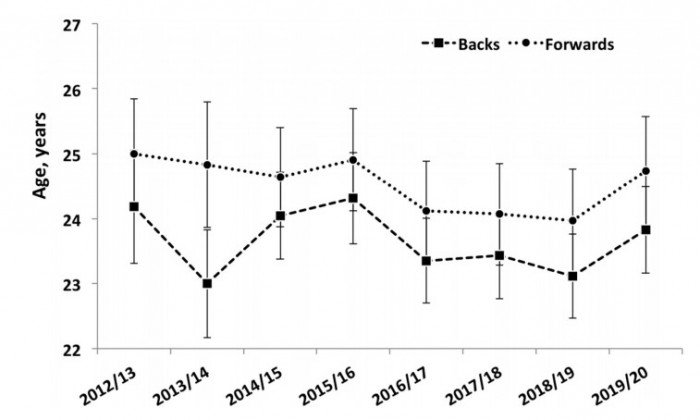 When it came to injuries there were 105.6 recorded injuries per 1000 playing hours (“player-match-hours”), with backs significantly more likely to suffer injury than forwards - 118.2 injuries per 1000 hours for backs, only 88.9 for forwards. What is more since the Olympics there has been a rise in injuries suffered by backs, initially matched by a fall in injuries for forwards: 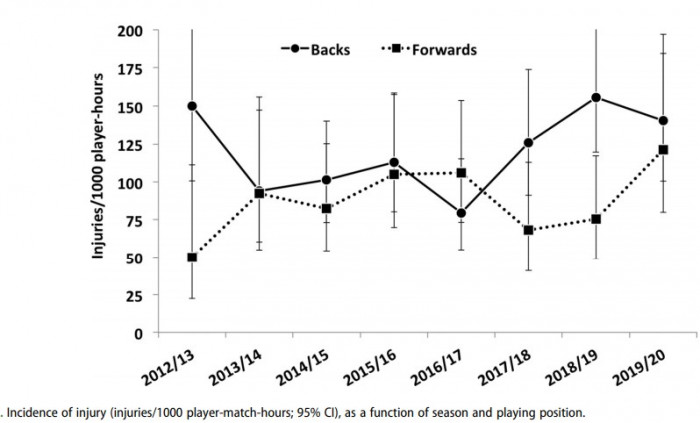 On average each injury resulted in a mean average of 53.4 days absence from play, and this was more or less the same regardless of position. However, the modal average for absence was only 30 days, suggesting that mean was being skewed by a small number of major injuries putting players out for perhaps a year or more.

The good news is that – although the number of injuries suffered by backs has been rising recently, the severity of injury has actually been falling, perhaps suggesting the results from better training and recovery and teams become more professional. Forwards did not match this trend, however.

However, when you combine all this the report suggests that backs are nearly five times more likely to be absent from play due to injury than forwards. Working through the data it seems that a back risks an average of 7 day of injury recovery per match played, whereas for forwards this is only about 1.5 days.

It is interesting to note, however that this injury burden is quite volatile, and that volatility seems related to age. Curiously the introduction of younger players after 2016 resulted in a rise of injuries for backs, but a fall for forwards, with this being reversed over the next three years. 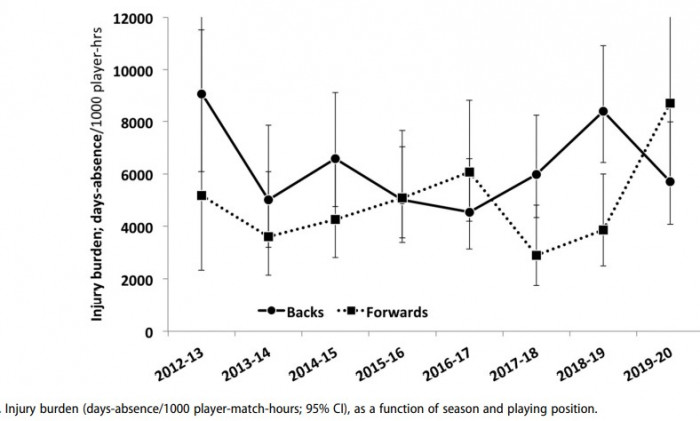 As for type of injury, forwards suffered more shoulder and upper body injuries, backs more knee and lower body injuries. Overall, though, concussion was the more common injury for both:

Other factors in injuries were that players were more likely to suffer injury if they were older, taller regardless of position, but when it came to body mass lighter forwards and heavier backs suffered the most injuries.

Significantly more injuries were suffered the second half than the first (58% against 42%), especially for backs, and tackles accounted for about a third of all injuries:

The report also looked at other studies and concluded that while injury rates in women’s sevens were lower than in men’s, for both forwards and backs, but the injury severity was higher resulting in a higher “injury burden” for women’s sevens. This, the report suspects, is because women are significantly more likely to suffer knee injuries, but less likely to suffer shoulder injuries – and knee and ligament injuries take much longer to heal. 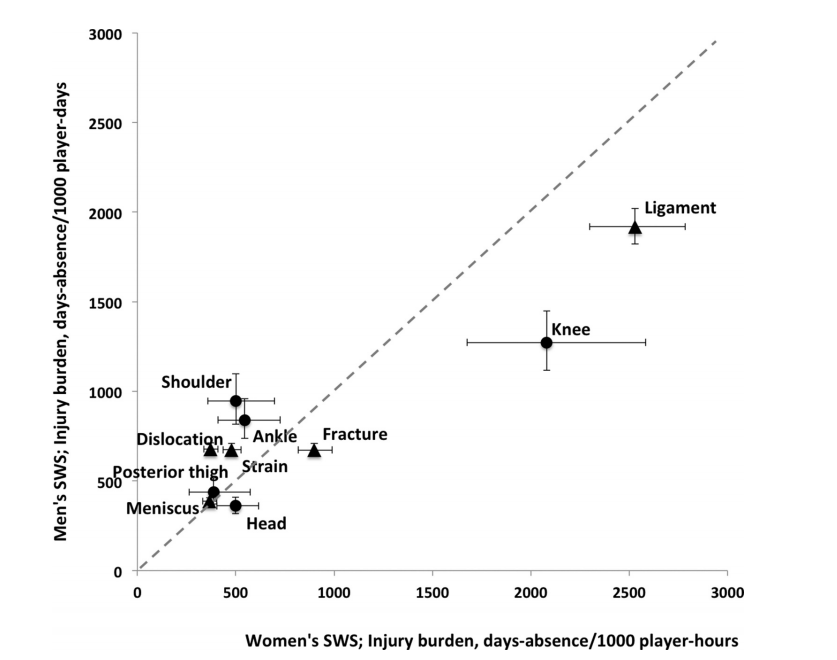 The report also comments that most ACL injuries come in contact, but most ACL preventative strategies are designed to prevent non-contact injury and that prevention strategies, specifically focussed on reducing injuries in contact events, are required.