New Zealand beat England 29-8 in the third and final test to take out a series whitewash on home soil. 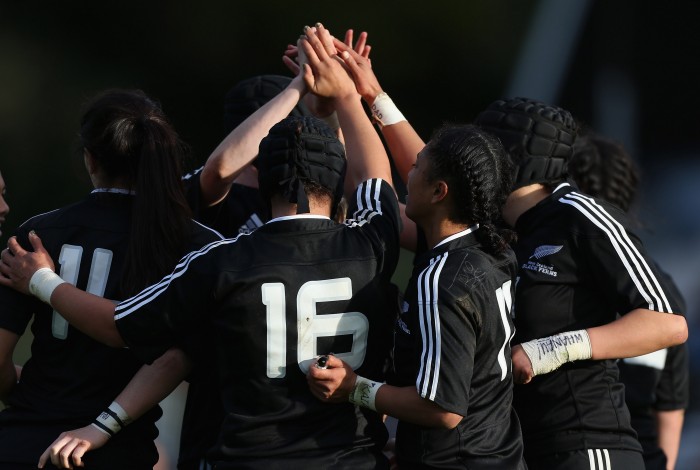 The results of the past three games will come as huge relief to the New Zealand women's players and coaches, who could scarcely countenance going to the World Cup next summer as defending champions having failed to beat England - the side who they hadn't recorded a win over in six attempts since 2010.

England once again in the third test enjoyed the upper hand at scrum time, an area they have really impressed in throughout the series, but New Zealand took their chances very well and their superior attacking game was enough to record another fine win.

Despite conceding the opening points, New Zealand looked well in control in the game with Kelly Brazier marshalling them well at fly half.

England made a good start driving New Zealand back from the kick off, including a 20 metre rolling maul, and in the end the Black Ferns were penalised by the referee and England were awarded the penalty. Vice-captain Katy Mclean slotted home the three points with ease.

New Zealand immediately bounced back with their superb backline of Renee Wickcliffe, Amira Rule, Selica Winiata and Portia Woodman in fine form. In the end centre Claire Richardson barged through on the right wing to score New Zealand’s first try of the afternoon. With Brazier adding the extras the home side took a 7-3 lead after seven minutes.

The Black Ferns continued to look dangerous and their forwards were this time impressing, making some good carries to pin England back in their own 22.  They couldn’t make the chances count initially and Brazier missed two penalties.

But in the end New Zealand’s menacing waves of attack paid off when they took the ball out-wide from a 50-metre scrum, through the hands of Winiata and Woodman, and then Brazier set-up flanker Aroha Savage who bounded through England’s defence with relative ease.  Brazier added the conversion to make it 17-3 25 minutes in.

The second-half proved better hunting ground for England initially and they once again started off as the better side. Flanker Marlie Packer, one of the stand-out players of the Series, made a superb 40-metre break to put England close. A 45th minute line-out catch and drive worked well for England though and prop Rochelle Clark popped out from the side of a maul to score a much needed try on her 50th cap. McLean couldn’t convert though and England were left trailing 8-17.

Once again New Zealand were not down and out for long and another great break by wing Woodman with fullback Winiata in support saw Winiata finish the move off in style and score on 53 minutes.

As the clock continued to count down New Zealand scored again with Kendra Cocksedge going over for an injury time score. Cocksedge added her own conversion handing the Black Ferns the 29-8 victory and a 3-0 Series win.

Black Ferns Coach Brian Evans was pleased with the complete performance that had eluded the Black Ferns in the first two Tests.

“We talked a lot earlier in the week about getting a good start and I thought we did that.  The first five minutes they dominated but when we got a bit of hand on ball, we did well.

“The breakdown, I still thought they were really strong, in fact I still think we struggled at times to live with them.  I was really pleased with our defence, our line speed was awesome, we were getting up really flat and really pushing them and I think it showed with some forcing the errors.”

England captain Sarah Hunter:  “The whole series is not what we wanted to achieve.  We came here to win the Series and obviously that didn’t happen.  We had really focussed to come here and finish on a high and unfortunately it didn’t happen that way.  We gave New Zealand a bit of a head start in the first half and it’s a long way back against a side as good as New Zealand to give them that head start and to fight back.  But all credit to the girls we dug in deep right to the very end.”

England Coach Gary Street:  “There are still parts of the game where we were pleased with and that we’ll look at, but we came here to find out where we really are 12 months from the World Cup.  We’ve got a massive programme going forward and to come to New Zealand playing the best opposition we can, gives us a real grounding for where we are.”

Substitutions: Keates for Hemming  (46), Tuson for Staniford, Croker for Fleetwood (52), Braund for McGilchrist, Millar-Mills for Matthews (both 64), Newton for Clark (72), Fran Matthews for Merchant, large for Burford (77)