Botswana "Vultures" beat Zimbabwe in the Botswanan capital, Gaborone, this weekend in a XVs international this weekend in the first of a planned series of friendly non-capped XVs matches. 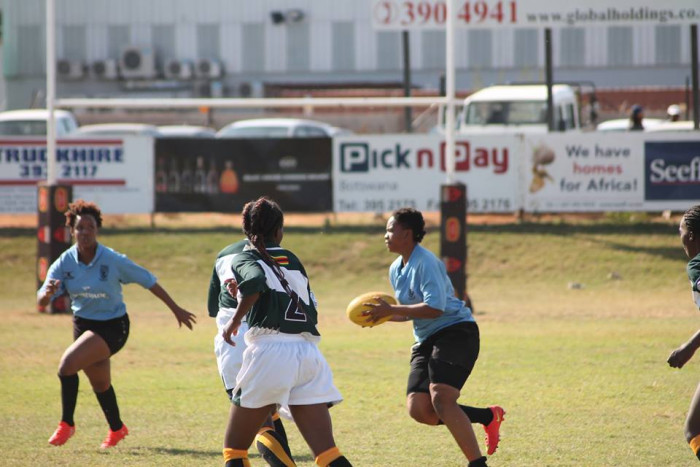 In an international friendly match played at Wharic Park, Garbarone on May 27, Botswana national team came from behind to defeat Zimbabwe 17-10.

Zimbabwe was the more attacking team in the first half and scored two tries to lead 10-0 inside the first 30 minutes.

Botswana halved the deficit through a try by Kagiso Makgato on the stroke of halftime after a patient build up, and went 12-10 in front in the 68 minute when Amogelang Rebatenne rounded off a good passing move with a try and Letsweletse Balani scored the resultant conversion.

Kebadiretse Babantsi wrapped up the victory six minutes later with another try.

However, he said the team made a lot of errors in the first half which they would have to work on improving.

"I am generally happy with the way we performed today. We showed a lot of character. Generally Zimbabwe have always been better than us skillwise and in strength. So we decided to play with a lot of width and they tried to execute what we wanted them to execute," he said.

The home team is officially designated as the "Botswana Vultures" and this was the first in a series of friendlies for the team. No caps were awarded, for the game was not a test.

Botswana's only full test so far was against Namibia in Windhoek in 2013 when they lost 31-10. Zimbabwe's test was against Zambia in 2007 where they lost 28-0. Neither of these tests appear in World Rugby's rankings, despite being recognised as tests by all participants, as neither were members of World Rugby at the time - though both now are.

Although not a "test" this was Africa's first international XVs match since 2015, when Uganda and Kenya last competed for the Elgon Cup.