Fresh from their win over Zimbabwe at the weekend, Botswana coach (and international referee) Emmanuel Masinki is optimistic about the future of his XVs team and their chances of catching continental giants South Africa. 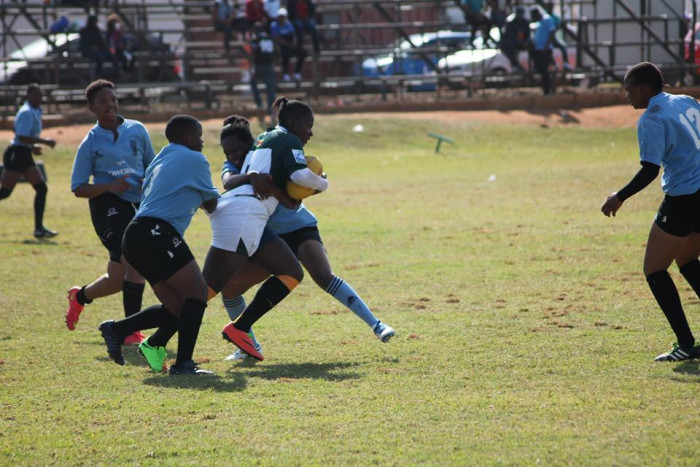 Speaking to Calistus Kolantsho of Mmegi Sport, Masinki said that the team has always been doing well in 7s and they were recently introduced to the squad to 15s.

His focus is to see how the team fares against other nations in future, commenting that in his view there are none of disparities faced by their male counterparts.

“When we play against other teams like South Africa, we do not expect to lose with a big margin like the men’s team," he said. "Our development of women’s rugby is almost at the same level,”

Masinki said his side the next step is to visit South Africa for a friendly match against the Leopards, current Currie Cup champions. He said it is unfortunate that the team is always assembled a few weeks before a national assignment, despite the calendar finalised on time.

Botswana's team is mixture of youth and experience, and is a young side for test rugby - the average age of players in his squad is only 22 - which Masinki sees as good for future development and planning.

Botswana Rugby Union (BRU) secretary general, Ernest Mantsi was also pleased with the team’s performance last weekend. “According to my observation they managed to play according to the game plan. They moved the ball wide to avoid a lot of contact thus creating the gaps that enabled them to win against their opponents,” he said. "The mix of players enabled the team to perform exceptionally well and our plan moving forward is to continue improving standards of the team."

The "Vultures" will continue the development programme this Saturday when they host Rustenburg-based South African Gold Cup champions, Impala, at the UB stadium in Gabarone. The Vultures will then travel onto Potchefstroom, South Africa for a training camp and matches against Currie cup side, Leopards on June 16.