Busiest ever November steps up a gear

The busiest November ever in international women's rugby steps up a gear this weekend with England taking on France, Ireland and Wales playing in Dublin and Czechia playing Switzerland 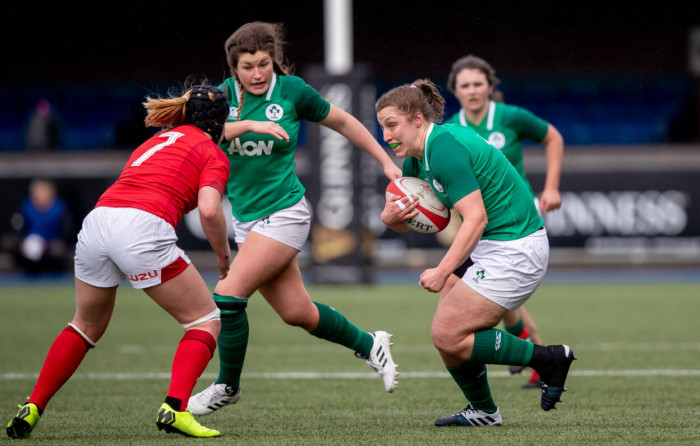 Sweden beating Finland and Spain beating Wales last weekend kicked off a manic month for the game, which includes at least 20 test matches, a number of A fixtures and international 7s tournaments including the Oceania 7s.

To this weekend first and England will travel to France with a team that will include newly crowned World Player of the Year Emily Scarratt.

This is the first of two games between the teams with the return leg taking place later this month at Exeter. The teams have already played this year with two wins for England - the most recent at the Super Series where England came from 18-5 down to win 18-20.  England won 41-26 in the Six Nations but away from home, in front of a big crowd, always presents a different challenge.

As recently as two years ago France were content with a fairly low key November programme that featured just Italy and Spain, but it is a mark of the new management team headed by Annick Hayraud that France have no longer satisfied with warm-up games with teams ranked 6th-8th and they want to play the best more regularly.

Last year they took on New Zealand in a two-test series that they tied 1-1, before beating the Ferns a second time in the summer.

England are led by Sarah Hunter with Scarratt named as vice captain.  France have yet to name their squad.

Elsewhere,   Czechia will play Switzerland (Brno, Saturday, 11am (local), in the European Trophy event this weekend.

It's been a year since Czechia's sensational win against Switzerland in Yverdon, but now the pressure is on them as they have to defend their European Trophy title. They opened that defence with an uninspired 5-5 draw against Finland in Helsinki last month, then watched the Finns lose to a pacey Sweden last weekend. To get back on target they really have to win this weekend.

Their squad for Brno is almost unchanged from Helsinki. Prop Dominika Holcikova is absent through injury, and Michaela Borovska is also missing. They are replaced by Hana Běhalová and Alena Trunečková.

If 2019 has been a memorable year for Czechia, it has been one to forget for the Swiss who lost their Trophy title and also had a tough year in sevens. Their first squad for 2019-20 features some new faces, including ex-gymnast Marina Leimgruber and Emily Marclay, who has a reputation for pace.

This is a massively difficult game to pick, with the expected weather conditions unlikely to aid flowing rugby. Both teams will have high expectations for winning the title, but need a strong performance on Saturday if those hopes are to be realised.

Ireland will also take on Wales in a friendly this weekend at the UCD Bowl on Saturday (1om KO) and coach Adam Griggs has named a 24 player squad.

Ireland go into the match off the back of two training weekends in Scotland and France where they had games against their Scottish and French counterparts. Griggs has included six uncapped players in the squad – Leinster’s Judy Bobbett, Victoria Dabanovich-O’Mahony, Hannah O’Connor, Katie O’Dwyer and Niamh Ní Dhroma along with Munster and Ireland Sevens international Dorothy Wall.

He said: “The camps in Scotland and France were invaluable, it gave us a chance to get quality time together as a squad and feed more information in to the players about how we want to go about playing and performing this season.

“We were able to travel with a larger playing panel for each camp which gave all the players named in our initial squad the opportunity to put their hand up for selection, which has driven our standards and made sure there’s been high quality competition for places in this Test match squad named.

Ultimately we have picked a strong squad with a good mix of youth and experience who we feel can go out and deliver against Wales.”

The Wales squad hasn't been named yet but it will have something of a point to prove after a difficult 29-5 loss to Spain last weekend. Wales gave debuts to eight players in that match, will take positives from a game that kicked off a busy Autumn period but will be looking to be much improved this weekend.