Cain confident USA will only improve

USA coach Rob Cain could see the positives from his side's loss to New Zealand, despite the one sided nature of the game. 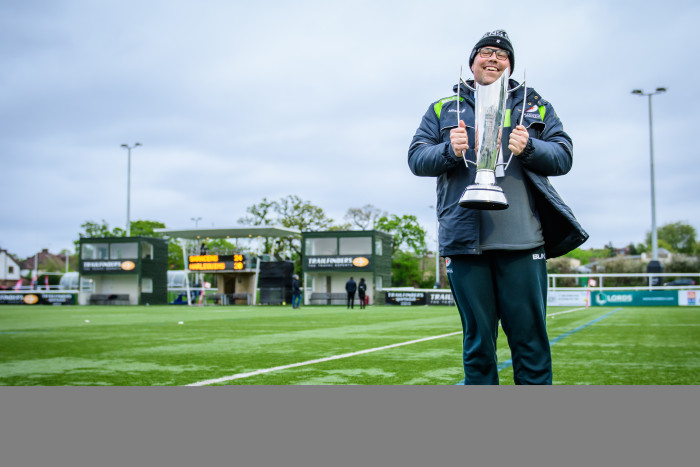 Cain, who became USA coach earlier this summer, is the former head coach of Saracens in London, and having named 13 uncapped players in his squad to face the World Champions, perhaps there was no surprise at the result, but he believes there is plenty to be upbeat about.

New Zealand were far too strong, and were especially dominant at the lineout but Cain saw enough from his side's scrum and from key players to look forward with confidence.

"We are working very hard on what we want to do from set piece but it will need time. There are things we can clear up just by having a few more sessions together but I think you can see we want to have a crack at the set piece while recognising that it's going to take time."

The historic occasion of playing at Solider Field will also stand to his players, he believes.

"Soldier Field is a wonderful experience and so too is having that home support. For those players who made their debut, it’s never going to get tougher for them. They’ve made their debuts, at home against the World Champions and it's only going to become less daunting from here. From our perspective,we have 29 dress rehearsals for the World Cup and this is our first one. I am really proud of the players and their work rate all week."

"This weekend has been  phenomenal and the more games we have like this the better. I believe we had a domestic record in terms of the crowd so that’s another fantastic achievement and it’s great for the players to experience it."

Cain was also quick to praise the players he felt had particularly stood.

"I thought Kate Zackary led the team exceptionally well in a tough game. One of her great qualities is that  she doesn't need to say much but when she does, people listen to her and she says the right things.  She played extremely well as did Rachel Johnson again. I am really pleased with that. We focus  a lot on the rugby and we forget about the story and Rachel has had a long story to get here and she is going to be a real threat at this level.

"I was really pleased too for Carly Waters and she played really well. Emily Henrich had some nice touches, and the front row debutantes took it to them at scrum time."

With limited time together to prepare for the opening game, Cain is confident that with more sessions together in the coming weeks, his side will continue to improve ahead of their games against England and Ireland.

"I would be lying to say it wasn't a challenge but we have to embrace that. We had a couple of sessions Tuesday and Wednesday, one on Thursday and a captain’s run on Friday. It is where we are. The players had a tough WPL final before this but for  the rest of the tour it is a bit more flexible and we know where we are now after this game. You are always working a bit blind before you play your first game. Players have shown they deserve to be here but now we will have more time to work more on the detail."