Canada announce their squad for Rio 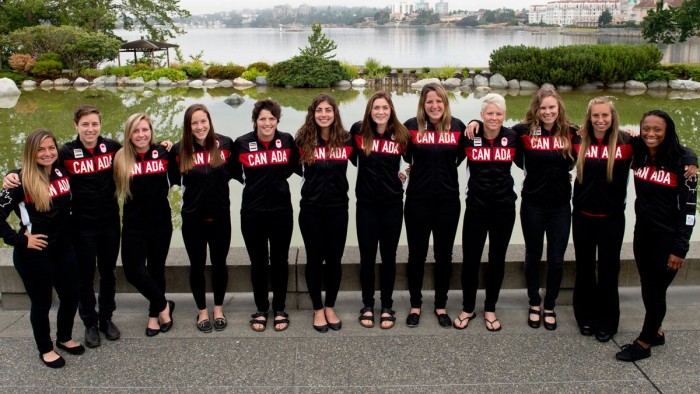 “I’m excited about the team we’ve assembled for the Rio Olympics as we take part in the historic debut of rugby sevens,” Head Coach John Tait said. “We’re looking forward to building off of our recent success, playing on the world’s biggest stage and making our country proud.”

Four provinces are represented in Canada’s 12-player team with six players from Ontario, three from Quebec, two from Alberta and one from British Columbia.

“The whole team is so excited to represent Canada in this historic event,” Kish said. “We cannot wait to hit the field in Rio and represent our country with the entire world watching.”

Canada finished second the 2014-15 World Series, and third last season, ending with a win in final round in Clermont, with Ghislane Landry, who led the season in points scoring with 158, named in the World Rugby’s HSBC Sevens Series Season Dream Team.

In between they (not unexpectedly) won gold at the 2015 Pan-Am Games with a squad that included nine players who will also go to Rio - Benn, Darling, Kish, Landry, Moleschi, Paquin, Russell, Steacy and Watcham-Roy.

Even before the official announcement the non-selection of players such as Magali Harvey had attracted widespread comment, though with so many talented players available Tait was likely to attract criticism whoever he selected.

All the twelve have to do now is stay fit for the next month. They will continue to train on Vancouver Island at Rugby Canada’s Centre of Excellence as well as the Pacific Institute for Sport Excellence (PISE) until July 26th, when they will depart for Rio.