Canada have won this year's Hong Kong Sevens with a huge 29-0 win over Australia in the final. 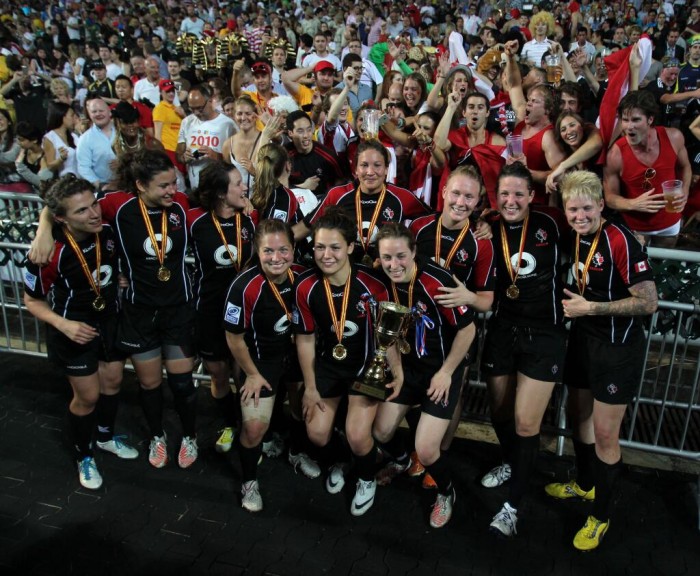 After a packed day of women's sevens, which saw the entire 12-team tournament completed in a single day, Canada lifted women's rugby's oldest sevens tournament - without conceding a point.

The competition largely went to form in the pool stages, although Australia had to come from behind to beat Kazakhstan and take Pool A, having trailed 12-7 at half-time in the deciding match.

France upset the rankings by defeating South Africa in Pool C, which was by far the closest fought of the opening stages with Ireland - in the their first sevens tournament of the season - unlucky to finish bottom of the pool.

In the final pool, Netherlands had few problems disposing of China and Singapore. However, they met with significantly stiffer opposition from Australia in the semi-final, quickly going two tries down before eventually losing 1705

In the second semi-final France then met a rampant Canada, who had swept through Pool B without conceding a point and in the semi-final. Canada continued with that form, winning 21-0.

The play-offs saw some interesting games. Ireland lifted the Bowl with some ease, Kazakhstan beat their great rival China on the way to the Plate final - but had no answer to South Africa. China beat Japan in another Asian rivalry to take seventh, and the Dutch also beat European rivals France to take third.

In the final Canada continued their impressive form taking it out 29-0. The result meant the John Tait's side had not conceded a single point all day and scored 144.