Rugby Canada has sacked Jamie Cudmore, a coach with its national men's team for posting mocking and critical posts about the Canadian national women's team. 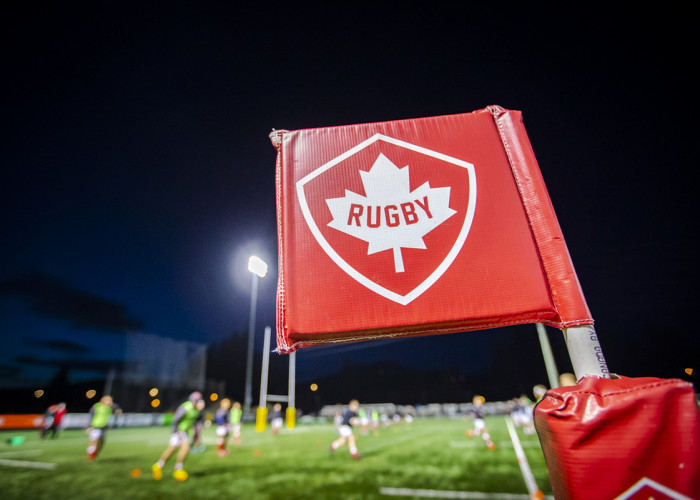 Going into the Olympics, the progress of the women's team had been overshadowed by allegations of bullying and harrassment within its programme.

The women's team made a formal complaint earlier this year to its governing body, and coach John Tait stepped down in the wake of an independent review that said while the conduct described in the complaints reflected the experiences of the athletes, it did not fall within its policy definition of harassment or bullying.​

The complaint came from 37 past and present members of the team who later released a joint statement saying their complaint "explained the psychological abuse, harassment and/or bullying these athletes feel they were subjected to in the centralized training environment."

Cudmore, a friend of Tait's, wrote a series of tweets after the women’s team crashed out of medal contention in Japan, rooting for their opposition and mocking their claims of abuse.

“Karma is a bitch ! #Survivorsmyass,” he initially tweeted before sharing an image that Twitter flagged as “potentially sensitive content.”

He then tweeted “I think someone should decolonize 9th place tomorrow.”

“LFG China,” he also tweeted, in support of the Chinese women’s team, who needed a big win over Japan to qualify ahead of Canada.

Cudmore deleted the tweets later and said he was sorry if anyone had been offended.

Rugby Canada this evening issued a statement saying that it was acting swiftly to remove Cudmore of his duties.

"Rugby Canada has relieved Jamie Cudmore of his coaching duties with the Canadian Rugby Development Academy and Men’s Rugby Team effective immediately. This decision comes as a result of a review of recent social media postings which were unacceptable and in breach of organization policy. Rugby Canada’s organizational values remain paramount to the work we do. As previously announced, Rugby Canada remains committed to a detailed, independent review of all performance rugby programs starting next month with a goal of positioning teams for success in supportive, inclusive environments."

Rugby Canada Board Chair Sally Dennis added, “Rugby Canada’s core values, including integrity and respect, must be exemplified in all our rugby programs and we are determined to promote a healthy, inclusive culture now and in future.

A number of Canadian players had posted messages in response to Cudmore and their results. Charity Williams on Instagram said

“I wanted to take this moment to talk about our performance and how proud I am of this team beyond any result. Because I am, and what we accomplished this year is far greater than one weekend. What this team stands for and who we have become means that young female athletes across Canada can play their sport and feel safe. I’m proud of that,”

“But instead I have to sit here once again and share what we’ve been going through as a team. The consistent hatred we have received from people in our own organization. I’m only sharing because this is what we have been dealing with for months. From private texts, to public stalking online and in person. The bullying and harassment that we have received for coming forward is outrageous & scary at times. This is the reason we called for an internal investigation because we haven’t been safe. But still, with everything, we have pushed through tears, pain, & joy, all of it to get us here. It’s not the result we wanted but we worked f—ing hard.

“Beyond all of that I want to thank those of you who have supported us thus far..we have heard you and we love you. We don’t regret a single moment and the team’s heads are all held high right now. 2 more games that we will be playing for us, the 1794 Indigenous children and counting, all the Black athletes who are only seen as valuable when they are successful and all survivors of abuse whose stories are not trusted 🧡”

“We always knew this was about more than rugby, about more than one tournament, even if it’s the Olympics. We knew the last 9 months might put our Olympic dream in jeopardy, we had that discussion as a group, and still the decision was clear. We were ready to put our dreams at risk for change,” she wrote on Instagram.

“This has not been a distraction but it has taken a toll on us. And so, while we are heartbroken not to have been able to play our best, we are proud and united.”