Canada have won the first Dubai Invitational on points difference after a three-way tie with USA and France. 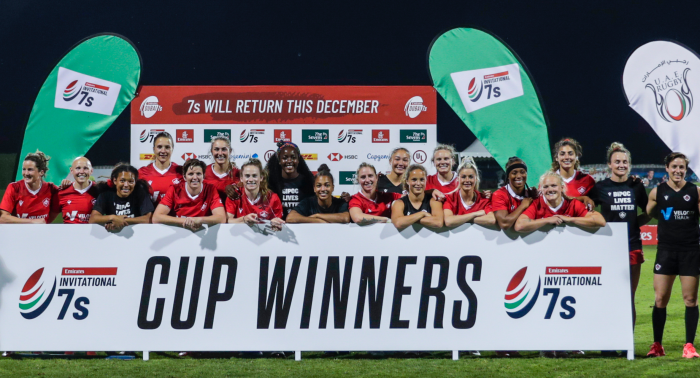 Canada won the Dubai Invitational by the narrowest of margins – their points difference being just one point better than the USA over the six matches in the two-day tournament.

The first Dubai Invitational was played as a single round-robin with no playoff final for the seven teams taking part.

USA, France and Canada were on a different level to the rest of the teams in the tournament. The last year has clearly seen no narrowing of the gulf between the World Series teams and the rest – if anything the gap has perhaps grown.

France entered two teams to try to give as many players as much game time as possible ahead of their Olympic Qualifier later this year. But on this form they have little to worry about – they and Russia should comfortably wrap up their places in Tokyo.

They were on top against USA in the opening game, but allowed the Americans to come back and steal the game – and those final few minutes were ultimately crucial for the tournament’s outcome. On the second day they appear to have learnt from the game were more clinical against Canada.

That game was Canada’s only slip-up, and they will be delighted to have beaten their neighbours in the final match.

Elsewhere Brazil will be encouraged by their 3-3 record against likely Olympic rivals, but they were well beaten by the top three. Japan and Kenya, on the other hand, lost every game against the other teams, Japan just winning what proved to be the decider for the bottom spot by a single score. Losing to the French second string in particular shows that both teams have a long way to go if they are to avoid meeting again for 12th place at the Olympics.

On the positive side the race for medals at the Olympics looks like being very exciting indeed. Based on this weekend and Madrid in February, there is little to choose between USA, Canada, France and Russia. With Australia and New Zealand added to that mix there is a lot to look forward to.