The Australian rugby union have announced three major items this week with the appointment of Raelene Castle as CEO, the launching of a new 15s competition and confirming their intention to bid to host the 2021 Women's Rugby World Cup. 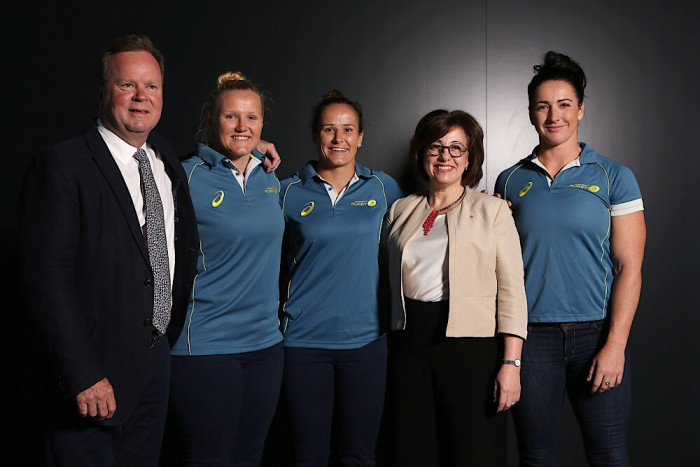 Castle's appointment has been widely covered, partly on the lead that she is the first female CEO but for the women's game in Australia, it is fascinating that her background includes significant roles in Rugby League and Netball - sports with strong records for women in terms of player earning and media power.

Perhaps more important for the women's game in Australia is the announcement of the Super W -a new women's national XVs competition with five teams - WA, NSW, Queensland, ACT and Victoria - running over six weeks, from the beginning of March, with regular rounds and a final to conclude in April.

The competition is comparative to the previous nationals event but this time it will not be held over one weekend.

Shannon Parry, Sevens Olympic gold medallist as well as a champion for XVs, said there was enough talent to create a quality competition.

“We've obviously had the National Championships that have been played previously across the three days and I think the challenge with that is being able to back it up.

“You play a game, you've got to then play the next day, so having this tournament, it's a lot more realistic to club rugby in terms of you have a game each weekend, you can play 80 minutes state against state and those competitions are brutal, QLD vs NSW, if you can get that at Suncorp, here at Allianz before the men's game it'd be a huge spectacle for women's rugby.

“Those games are what we need to get ourselves better equipped to play on that international stage, it's a missing link we're missing at the moment.”

“The Women’s World Cup is growing from strength to strength off the back of an incredible tournament in Ireland this year and given Australia’s track record in hosting major events, we are supremely confident of delivering a tournament like no other in 2021.”

Rugby Australia will move immediately to establish a 2021 Women’s Rugby World Cup bid team, chaired by a Rugby Australia Board member, to work with government and World Rugby to develop a tender for the bid.

The 2021 Women’s Rugby World Cup will be ninth edition of the tournament, which was first contested in 1991 and has never previously been held in the southern hemisphere.

The Australian Women’s Rugby team, the Wallaroos, finished 6th at the 2017 Women’s Rugby World Cup played in Ireland earlier this year, an event which attracted record attendances and worldwide television audiences for the women’s game.