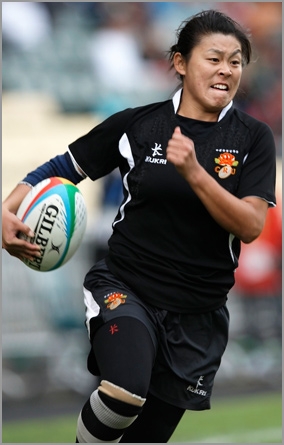 Hosts China, South Africa and USA will be among eight teams competing in the International Womens Invitational Sevens in Zengcheng, Guangzhou, this weekend in a tournament expected to generate more interest in the Game in the country.

China have been drawn in Pool A with the Philippines, Singapore Select and USA, with South Africa joined in Pool B by Kazakhstan, Thailand and the China second team with pool matches on Saturday and the rankings matches on Sunday.

The tournament will also be streamed live here .

Guangzhou hosted the Asian Games in 2010 and this tournament will build on the legacy of those Games in a city which will also host the third round of the inaugural IRB Womens Sevens World Series in late March, albeit in a different venue.

The three teams will all be in action at the opening round in Dubai on 30 November and 1 December and China in particular will be hoping this weekend to build on their recent qualification for Rugby World Cup Sevens 2013 with an impressive display on home soil.

Many of the womens international teams will be coming to Zengcheng and Guangzhou for the first time, said IRB Regional General Manager for Asia, Jarrad Gallagher.

The players, such as those from the USA and South Africa, will see what a wonderful place Zengcheng is. The tournament will provide a window for teams to come and see China

The key point of bringing an event to Guangzhou is that it will help inspire more interest in rugby from all circles.

I was in Zengcheng in 2010 when the Asian Games were held in Guangzhou and I was quite impressed by the local sport facilities.

We really want to bring a legacy of the Asian Games to the city. Thats why we are bringing such an international tournament back to Guangzhou.

The fact that Rugby Sevens will make its Olympic Games debut at Rio 2016 will also help to grow rugby in China with the sport to be included in the countrys National Games in 2013.

Liu Rongyao, Secretary General of the China Rugby Association, has also admitted that Chinas women will go all out to qualify for the Olympic Games.

A plan which is sure to be boosted by the news from Zengcheng mayor Ye Niuping that the city will build a large training and competition venue within the next three years and start promoting the sport in schools, communities and government organisations beginning next year.