China and the Philippines wll meet in the final of the Asian Division 1 Championship on saturday, with a playoff for a place in the senior Asian Championship availabel to the winners. 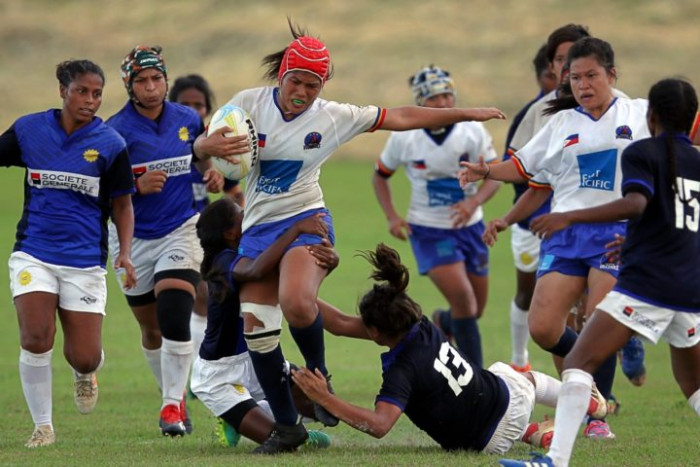 Hosts Philippines narrowly overcame India 32-27 to set up a final against China in the Asia Rugby Women’s Championship Division 1.

In an enthralling match, the Philippines held on despite India scoring four tries in an impressive outing.

Happy Denuyo, Maia Sobejana (2), Jheewel Idea, Riclaire Martinez and Janine Jamieson were all on the scoreboard for the Philippines who lead 15-10 at half-time.

“I was so proud at how the girls dug deep in the match,” explained Milby, who suffered a broken nose after five minutes but completed 80 minutes.

“India were an amazing opponent and they have really improved over the last 12 months. China looked good against Singapore so Saturday’s final is likely to be a thriller.

“We hope to be on the winning side as we then get an opportunity to continue on our Women’s Rugby World Cup pathway.”

India will now face Singapore aiming for their first win on Saturday ahead of the final where China await the hosts having beaten defending champions Singapore 59-7 in their first Test since 2011.

Both India and Singapore have now officially been ruled out of qualification for Women’s Rugby World Cup 2021, with China and the Philippines now with an opportunity to win Division 1 and continue on the pathway.

The winner of the competition will then face Kazakhstan in a play-off for a place in next year’s Asia Rugby Women’s Championship, from which the winner will qualify for the marquee event in New Zealand.

The matches were streamed live on Asia Rugby’s Facebook page and viewed by more than 30,000 people.