There are around 100 active national women’s sevens teams in the world, but fewer than ten have women coaches. So the recent appointment of Helen Koyokoyo Buteme as coach of Uganda – making her only Africa’s second female national head coach (after Zimbabwe's Abigail Kawonza) – was an important event 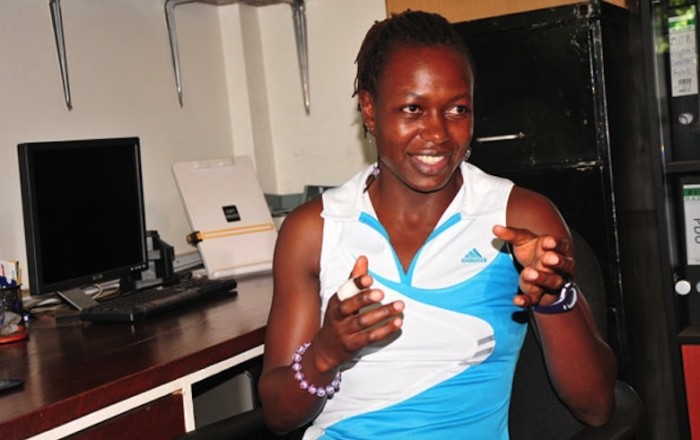 Helen was appointed in place of Allan Musoke and less than a month before her "Lady Cranes" travel to Harare, in Zimbabwe, for the Rugby Afrique championship. Italian website Rugby.it interviewed her and, with her big first test this weekend in, we’ve translated what she had to say

“Researcher in medical microbiology, recently awarded a doctorate between Kampala and Stockholm, Helen is an intelligent and educated woman, in love of with; an important event for women's rugby in Eastern Africa.

Previously the captain of the national team, and now head coach, Helen has also played in the English Premiership and part of the "Mamas" - an international club for the players with children.

"I am part of the Mamas although I do not have biological children. I try to support girls from low-income families by paying their school fees or finding sponsors willing to do so, as all levels of education are paid in Uganda. I also try to help the girls who do not have the ability to cater for their everyday needs and sometimes, if necessary, I find them a roof. As a result the founder of The Mamas (which is based in Sweden) decided that this makes me a mum. "

"I worked with teenage girls for many years, I learned to understand them, and I realized that each person it is different and needs to be talked to in a different way. They are sometimes tough, sometimes complicated; depending on the situation and what is required. I also know that among women it is difficult to play well together unless there is that special bond. I always try to create this bond, so that everyone feels to be part of a family. "

What are your hopes for the African Sevens?

"Last year we started a team rebuilding process and we are continuing on this path. In the last edition we finished a disappointing 7th place but showed promise; this year we have a young team but more talented, very courageous and full of fire. "

The aching tooth is the fifteens rugby; no African team has entered the World Cup qualifiers. Is that a disappointment?

"A huge disappointment, as not all players are cut out for sevens. XVs Rugby is a perfect sport because it gives space to all kinds of sizes and skills. I love sevens but I feel that is not genuinely representative of the spirit of rugby since only a certain type of female players can practice at a high level; it closes the door on the majority of potential players. If we really want to develop rugby in Africa we must grow the XVs alongside sevens; more women will play, and more children will be encouraged to play. "

Are there particular problems for a Ugandan girl who wants to play rugby? "Yes and no. In some areas the communities have never seen an oval ball so when you introduce rugby it is welcomed as a fun for everyone. Paradoxically we find less strength in areas where rugby is already known because it is perceived as a sport only for men. Greater obstacles are still the lack of interest in sports in general in Uganda and lack of opportunities for women ".

What is your dream as a player and coach? "I already managed to live one of my dreams - to participate a World Cup, captaining Uganda, at the Sevens World Cup in 2009. My next wish is to bring the team to the Olympics; and to compete with the great nations, not just to participate. "