Fiona Coghlan, the former Irish captain has given her views on the ongoing challenges within Ireland's set-up following the fallout from Anthony Eddy's comments last week. 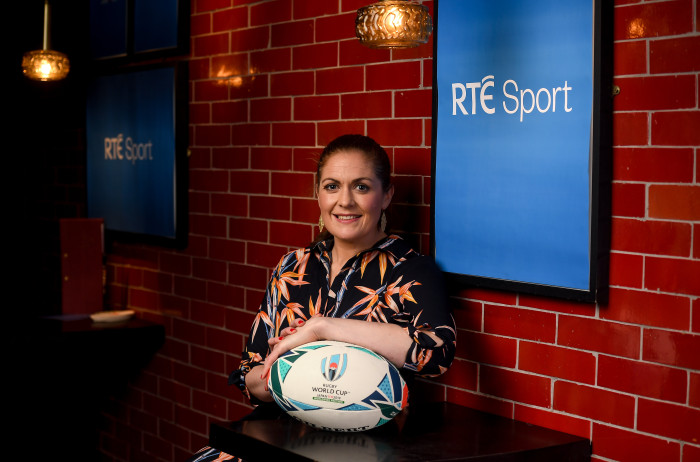 Speaking to RTE"s Against the Head programme, Coghlan, who led Ireland to a World Cup semi-final and to a Six Nations Grand Slam, said hard questions had to be asked of the IRFU's handling of the game.

"Getting the win (against the US) was huge but that squad has been hurt by some of the comments Anthony Eddy made. There were some flippant comments and players being blamed for all of the failure. Yes, they were a well prepared squad going into that competition and one that we thought they would have won, but if you are investing and you are not getting a return you have to ask why not.

"I think Phillip Browne (IRFU CEO) also made some flippant comments about this last week- he said you can't conjure something out of nothing. What has been going on for the last seven years? Why is there nothing there to conjure something out of.  I was looking back at some of my old emails from 2010 when I was emailing the IRFU about my concerns about the domestic game, the Interpros and where it was going, and we still seem to be having the exact same conversations 11 years later."

Coghlan also said that Eddy's response to the fallout was lacking and that the structure of his role should change.

"The confidence in him is gone - you can see that from the way the players reacted this week.  I know he supposedly apologised to Ciara Griffin but that is not enough  - he needs to apologise to the whole squad. But even at that when you look at high performance  - and even though they are amatuer that is where this team is - they want and need results and if that is not happening questions have to be asked."

"His (Eddy's) remit is way too big. I don't know how you can be Director of Sevens and Director of Women's Rugby and then also coaching the men's and women's teams. There is way too much going on,. It needs to be split and there needs to be clear KPIs and if they are not being met someone must be accountable."

Coghlan also said she felt that there were major challenges in connecting up the grassroots and top level of the game.

"There is a huge disconnect between the high performance end and what is coming through. I know it is not Anthony Eddy's remit to be worried about the AIL (the Irish league) but it is actually because that is where his players are coming from so he should know the way it is structured and what is going on. We have not seen that and the same with the Interpros. Although that final game was excellent, every year feels like there is no succession planning, there is no tracking of players, it all feels really adhoc and that has to change so we can see those pathways improve. It is different to the men's game. We don't have any academies so we need to use the AIL and those Interpros or bring something else in."