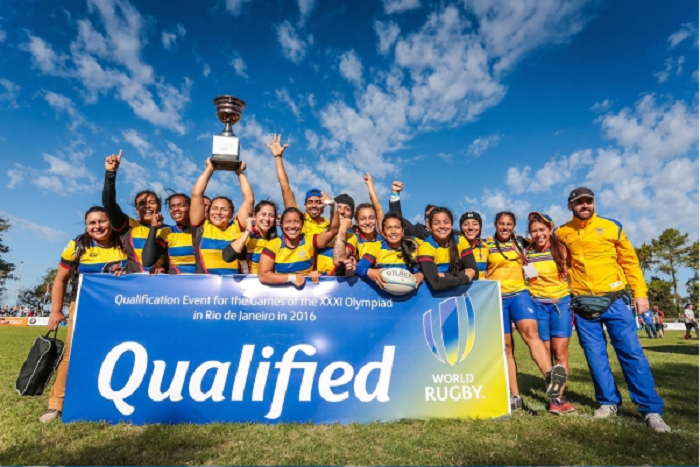 The “Toucan’s” previous history in the South America championsh had seen them reach the final twice, in 2007 and 2010, when the draw allowed them to avoid Argentina and Brazil, but they had generally finished outside the top three. However, increased investment and arrival of coach David Jaramillo has seen some dramatic improvements including second place to Argentina in Pan Am Games qualifier in January (Brazil had qualified automatically). Even so - although they were spoken of as being a team who might cause a few problems - no-one suggested that they might whitewash the opposition, including Colombia's own rugby union whose website concentrated on the chances of their men's team before the tournament.

The were some early signs that the tournament might not quite go to plan from early on the first day when Argentina lost 14-10 to unfancied Uruguay, who finished the day unbeaten. While Colombia beat another fancied outsider Venezuela they also struggled against Chile, so the Day 1 discussions tended to be all about Uruguary.

However two defeats for Uruguay in Day 2 (including one to Colombia) knocked them out of the running, and with Argentina piling on the points with the result that their final game of the tournament against Colombia looked as if it would become the decider.

After winning their opening games of Day 3, the final game arrived with Argentina needing to beat - which seemed entirely possible as they had won the same fixture 17-0 in January. But this time it was far closer with Argentina unable to take command of the game. None the less they lead by two points as the clock ticked down, and could have clinched it when Valeria Montero crossed the line for a try that could have made the Pumas untouchable. But she hestitated, perhaps seeked to get nearer to the posts, and was bundled over the dead ball line. Moments later Guadalupe López was crossing the line at the other end, ending the game, and suddenly it was Colombia who were on their way to Rio, sparking huge celebrations. Video of the final (begins at 02:05:44).

Argentina and third placed Venezuela will now have to compete in the 16-team world repecharge tournament next June.