Colombia one game from World Cup

Colombia are through to the final Rugby World Cup 2021 qualifying match after they outworked and outfought Kazakhstan at The Sevens Stadium in Dubai, securing a famous 18-10 triumph 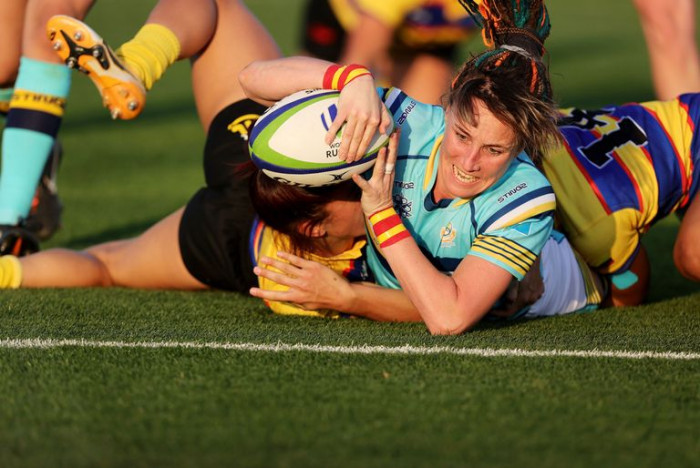 Kazakhstan started the semi-final match as favourites given that they are 15th in the World Rugby Women’s Rankings powered by Capgemini and Colombia 26th, but the former had not been able to play a test match since 2019 until this one. And that rustiness showed in their performance, the loss meaning they will not be going to a seventh Rugby World Cup and that head coach Anna Yakovleva, captain Karina Sazontova and the team will be very disappointed.

However, take nothing away from Colombia - they played some smart rugby in attack and defended solidly, especially given that they played for 65 minutes with only 14 players after a red card. Colombia now progress to play ninth in the world Scotland on Friday, 25 February at the same venue with the winners of that match qualifying for Rugby World Cup 2021 in New Zealand in October and November.

In this game, Colombia, led well by skipper Leidy Soto from the centre, got off to a promising start. In the third minute - had a pass from Isabel Cristina Romero been slightly more precise - winger Juliano Soto would have scored a try in the right corner. Sixty seconds later, Juliana Soto nearly got the opening points, but she was well held up by the Kazakhstan defence over the try line. It was still scoreless, but Colombia, who defeated African challengers Kenya 16-15 in a play-off in Nairobi at the end of August to get to this point, took confidence from their start.

They did take the lead in the 14th minute when referee Kat Roche from the USA awarded them a fourth penalty of the game and winger Maria Isabel Arzuaga kicked the three points.

The game then turned on its head soon after. Colombia No.8 Maribel Mestra hit Kazakhstan stand-off Balzhan Koishibayeva late as she kicked the ball clear and, after talking it through with TMO Ian Tempest, the referee decided that there was shoulder to head contact. Mestra was red carded and it left Colombia shorthanded for the remainder of the game.

As the end of the first quarter came, centre Luydmila Sherer - who later went off with a knee injury - showed her power in attack as Kazakhstan tried to get points on the board, but she was well dealt with by the defence. The 14 players of Colombia were putting everything into the game and, in the 26th minute, they had a chance to stretch their lead to six points, but the penalty from Arzuaga slid wide.

As the half hour came and went, the score was still 3-0 and Kazakhstan were struggling to hit their stride. They then had their loosehead prop Yelena Yurova yellow-carded, their discipline not helping them get onto the front foot.

Arzuaga missed the resultant penalty, but from a five metre scrum soon after Juliana Soto, who is the older sister of captain Leidy Soto, showed great strength to go over for a try in the corner. The conversion was missed, but they led 8-0 at half-time.

Kazakhstan clearly had the words of their coaching team ringing in their ears when they came out for the second half because they scored a try almost straight after the break. The five points came from scrum-half Nigora Nurmatova and although it could not be converted, it was now 8-5 and ‘game on’. Yurova then returned to the fray and Kazakhstan were back to 15 players against the 14 of Colombia.

In the 54th minute, Nurmatova was forced off with a calf injury as they continued to try and get the lead for the first time in the match with a second try. However, it was Colombia who went closest next, Juliana Soto again showing her strength to nearly score just before the hour mark.

Kazakhstan then won an important scrum penalty near their own line, but plucky Colombia were not taking any backwards steps and were still keeping the pressure up. And in the 64th minute they scored an all-important second try, Arzuaga going over for the five points after some great hands by her teammates. She then added the extra two points from the conversion and Colombia were 15-5 up.

With five minutes to go, Kazakhstan second-row Daiana Kazibekova picked up from the bottom of a ruck and dashed over for a try to set up an exciting finale. The conversion was missed by back-row Kundyzay Baktybayeva and it was 15-10.

Colombia stayed calm in the closing stages though and Arzuaga sealed the victory with a penalty to make it 18-10 and spark wild celebrations from head coach Lissete Martinez and her charges. Colombia scrum-half Yamileth Andrea Ramirez was named player of the match, but this was a real team effort.