The RFU have followed the path of numerous other unions and handed full time central contracts to its leading Sevens players. 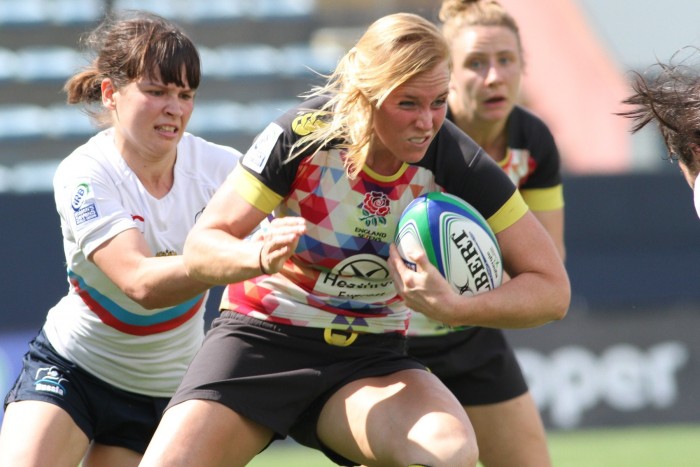 Twenty players –12 of whom were involved in England’s World Cup winning squad last week – have been given permanent deals which will be reviewed on a yearly basis.

England had been one of the few leading nations not to have gone down the contracting route in lead up to the Olympics over the last year or so with New Zealand, Russia Australia, Canada and USA among those already centrally basing and paying players at some level.

Speaking in the Telegraph ahead of today’s official announcement, England XV captain Katy Mclean said: “This is fantastic news for the sport and exactly what we need as an England squad to continue to be at the top of our sport on a global scale.

"I am extremely excited about this new challenge and where this full time programme can take us as an England team.”

The contracts will allow the players to train five days a week throughout the season at Twickenham Stadium and at Surrey Sports Park in Guildford and the programme will be run by the RFU’s Head of Women’s Performance Nicola Ponsford and England Women’s Sevens Head Coach Simon Middleton.

It is unclear how much international test rugby the contracted Sevens players will be involved in over the next two years in the lead up to Rio and while the World Series is underway, however given there are 20 players contracted it seems unlikely the entire group would be removed completely from those programmes.

Ponsford said: “We are delighted to be able to offer a full time Sevens programme for next season. We are really excited by the opportunity and feel that this will enable us to compete on a global level.

“The inclusion of Sevens in the Olympics has meant that a significant number of sides we are competing against have been full time for a year or more.

"We have been planning to do this for some time but we needed to make sure that we could focus on the XVs Rugby World Cup whilst also ensuring we had the building blocks in place to guarantee that a fulltime programme is effective."

She added: "With two years to go until the 2016 Olympics Games we felt this was the right time to move forward.”

England finshed fourth on the World Series last season with most of their top players focusing on the World Cup.