Countdown on for Dutch Sevens

There are just under two months to go until the Dutch Rugby Union and the city of Amsterdam host the final leg of this season’s Women’s Sevens World Series. 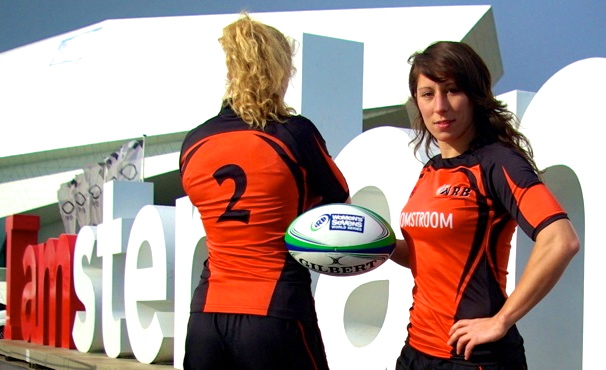 in China (Guangzhou, March 30/31). The final leg of the Rugby World Series will take place in Amsterdam over the weekend of the 17/18 May and will feature the Dutch as one of six core teams (England, New Zealand, Australia, Canada and USA are the others), with the remaining six places awarded to nations based on their regional tournament rankings.

At the end of the two-day competition one team will then be crowned 2013 IRB Women’s Sevens World Series Champions.

Willem de Jong, Chairman Dutch Rugby Union thinks that the final leg of the IRB World Series in Amsterdam is the perfect opportunity to promote rugby in the Netherlands. “The city, the sport and the history of the Amsterdam Sevens provide the best mix for us to do just that!”.

To mark its debut year, the IRB WSWS tournament will be held in conjunction with the iconic Amsterdam Rugby Sevens event to be held at the National Rugby Centrum Amsterdam. The Amsterdam Sevens is in its 42nd year and attracts hundreds of former internationals and teams from around the world.

So far the Dutch team have finished 8th in Dubai and two months later finished 6th in Houston after narrowly losing to Russia in the Plate final. In preparation for the 3rd leg of the series in Guangzhou, the Dutch team will play in the Hong Kong Women’s 7’s tournament.

Dutch Sevens Women’s coach, Gareth Gilbert, said: “It will be a great honour for the players to be part of a tournament on home turf in front of their supporters. I hope that this will inspire them to achieve something special and help put this competition on the map. With two tournaments remaining, we will need to tighten our defence if we are going to achieve our goal of finishing higher up in the overall tournament standings.”

Purchase tickets for the tournament here