The CVC deal and women’s rugby

The announcement this week of a £365m five-year investment deal between the private equity firm CVC and the Six Nations is a significant shot in the arm for the countries who make up the competition, many of whom are reeling from losses through the past year of the pandemic. 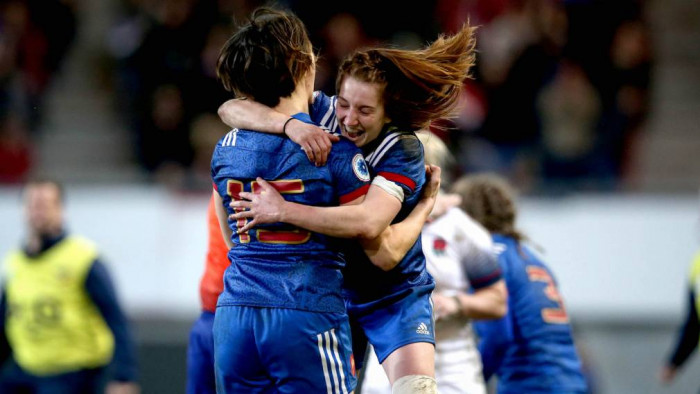 Having already bought stakes in Premiership Rugby and the Pro 14, CVC has purchased 14.3% of the Six Nations’ commercial rights, which will bring differing amounts for each union depending on their audience share.

But what does this mean for women’s rugby?

With the deal likely to take up to six months to conclude, and the money being stretched over five years, no union has committed to specific investments yet, but many have referenced the women’s game as a priority area.

England said that they will invest in revenue generating activity and its CEO Bill Sweeney said today that its priorities could include club, ground and stadium development, data and digital investment and opportunities to further grow the women’s game.

Ireland too committed publicly to investing in the women’s game through the CVC cash, with their CEO Philip Browne saying the union can “look forward to investing funds from this CVC deal into the development of our game, from grassroots to the elite levels for men and women.”

Wales and Scotland have been more circumspect.

The WRU pointed us to their welcoming statement which said that the “potential for growth in the women’s game has been a particular attraction for CVC and the WRU’s own stated intentions to continue to drive investment into this area of rugby union in Wales add strength to this element of the partnership.”

When asked if this was a guarantee of investment to the women’s game from the deal, the WRU declined to confirm.

Scotland did not mention the women’s game at all in its welcoming statement, and when pushed on what this meant, said that the women’s game would “invariably” benefit from the investment, and that the organisation’s Board and Council would look at where decisions would be made.

Italy did not mention the women’s game either, while France has yet to respond.

The Six Nations organisation itself said was excited to work with CVC on the development of the women’s tournament.

“The objective of the partnership is to invest to grow and develop the game; to further enhance the sporting spectacle of all the tournaments, the teams and the brands and that will have a huge positive impact on the Women’s Championship,” they told us adding that:

“CVC recognises the huge potential Six Nations Rugby has and is aligned with our vision, an important part of which is growing the women’s game. Their impressive track record in investment in sport and long-term value generation supports the six Unions’ strategic priorities, one of which is accelerating growth in the women’s game.

“Elevating the women's game will be one of the biggest levers available to us in growing a more diverse global fanbase, which is another of our key strategic priorities.”

Where the opportunities lie

The challenges facing the Six Nations to grow and develop its women’s competition do not look compatible with the typical objectives of private equity investment.

The first requires a long-term commitment and vision, with upfront investment from which a return would unlikely be realised for well over a decade.  The second most typically, seeks to return a profit as quickly as possible.

But there are two areas of real opportunity, and a third if CVC could be convinced.

The first is the chance to permanently reshape the women’s Championship.

With its hand forced, the Six Nations have finally given the women's competition its own standalone window next month, an essential move to stop it being totally stifled by the men’s event that it has for so long sat in the shadows of.

The format has been changed this year, and though we would not advocate a long term change that would, as this year’s event does, remove the number of games for teams, it is clear that the women’s Championship needs to be restructured.

The one-sided nature of many games may simply reflect the reality that some countries prioritise investment in women’s rugby more than others, but it's ultimately damaging to the goal of growing the Championship and making it an attractive product to sponsors, investors and broadcasters.

CVC’s involvement might well encourage organisers and unions to agree to a longer-term format change to bring more exciting games, a better quality product and some sort of grand finale.

The challenge for the individual unions that invest heavily in women's rugby - notably England and France - is that if the others continue to drag their heels, ultimately this Championship will never develop.

There is so little pressure on the unions of Wales, Scotland, Ireland and Italy to prioritise women's rugby, that unless they genuinely use this money to invest, it is difficult to see how the product can improve.
It is startling that there has in fact been so little squeeze put on these unions.
Why doesn't the Irish women's title sponsor Aon for example, bemoan - privately or publicly - that it is sponsorsing a union run by a board in 2021 that features a frankly embarrassing 8% of women?

Why isn't the Wales women's sponsor Isuzu asking why the team, once capable of beating England, last year shipped 170 points in the competition, losing to  to Italy (15-19) and Ireland (12-31) before being hammered 50-0 at home to France and 66-7 away to England?

If you are investing in something and attaching your name to it, surely, in this era, you want to know and believe that the commitments from the organising body are real and sustainable, and not something to discard when times get tough.

The second area of opportunity relates to broadcast rights.

Today the Six Nations pointed to the impressive broadcast figures the women’s game in France is generating, reminding that they compare favourably with other sports of all genders in the country. England and Ireland are capable too of generating a decent broadcast audience so this is an area that is ripe for development.

With the men’s competition, or part of it, possibly heading behind a paywall, there is a glimmer of light here that the women’s game could be the alternative competition on free-to-air television.

What would be a disaster however, is be a TV deal that takes both the women’s and men’s tournament onto a platform like Amazon. For a nascent sport this could be catastrophic and it should be avoided at all costs.

On this, Morel said today:

“We are in the process of collecting proposals in the next couple of weeks. We will then review them and see what we can do. You’ll know in a few weeks. It’s not just about the men’s Six Nations but the women’s Six Nations, the under-20s and the autumn internationals. It’s about striking the right balance between exposure, active promotion of the tournament and financing, especially at a time when it’s a difficult situation for everybody”

Finally, if CVC got to know the women’s game well, they would see a much longer-term opportunity to invest now and genreate a real return -only perhaps much later than they'd normally settle for.

Like all women’s sport, women’s rugby pays the ongoing price for decades of historical underinvestment, forced for so long to watch on with a begging goal while their own unions invested early on in men’s rugby, knowing the return would come eventually.

Well now it’s here, surely someone with the pockets and rugby knowledge to match can see the opportunity?