Katy Daley-Mclean has retired from international rugby less than a year out from the World Cup. 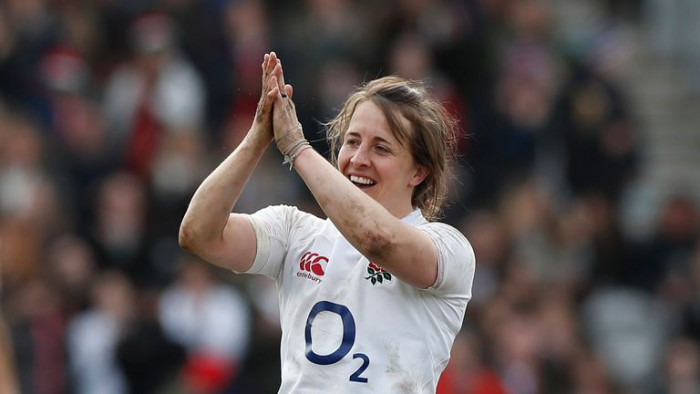 Daley-Mclean has been one of the stars of the game for well over a decade, with 116 caps making her England’s third most capped player of all time.

She made her Test debut against Scotland in February 2007, went on to feature in four Rugby World Cups and was awarded an MBE in the 2014 New Year’s Honours List for services to rugby, and led England to glory in the 2014 World Cup.

Over the last 12 months, Daley-Mclean was nominated for World Rugby World Player of the Year at 33, scored a try against Wales in front of a 10,974-strong crowd at Twickenham Stoop in March 2020 and was recently named at fly half in World Rugby’s women’s 15s team of the decade.

Although England are developing new talent at fly-half, her depature ahead of next year's World Cup presents a big blow to England.

She says that becoming a mother 18 months ago played a big part in her decision.

“This has been a difficult but relatively quick decision and feels like the right time.

“I’d like to say a huge thank you to Nicky Ponsford [RFU head of women’s performance] and Simon Middleton [England Women head coach] who have been great with me throughout my career and were completely understanding of my decision to retire.

“At Sale Sharks I have found a new home and have loved my time there so far.

“Working with Darren Lamon and Michelle Orange, and living locally, I feel I can develop my coaching and drive something special at the club and in the region.

“Becoming a parent 18 months ago was life changing. My daughter also plays a role in my decision. I don’t want to miss out on these precious years with her and the calendar would have meant spending a lot of time away.

“I have been fortunate to be involved in four World Cup campaigns in my career and to win one.

“I am so grateful for the experiences the game has brought me. It has been a total privilege to be a Red Rose and I’ll be cheering louder than anyone for Simon, Sarah and the girls come October.

“The word legend is used a lot but I would tag that to her because of the consistency of her performances over such a long period of time.

“The influence she’s had on the women’s game worldwide for England has been absolutely sensational. Katy has continually adapted and shown her versatility as a player and her technical and tactical understanding as a player to play at the level she has for so long in such a pivotal position is incredible.

“People probably forget just what a good sevens player she was. She transferred her skillset from XVs to sevens which took her all across the World Series and the Olympics. I was fortunate to be able to coach her and work with her in both formats.

“I’ve spoken to Katy at length and she’s evaluated what’s currently closest to her in her life.

“She understands what a commitment it takes to be an England player if you want to be the best that you can be. It’s a huge decision but she’s made the right decision for her and her family.

“Her whole career has been about doing the best for England. She’s been part of a huge period of growth. She’s a World Cup winner, a World Cup runner-up, has won multiple Six Nations titles. Without her, would England have been as far forward as we are in this moment in time? No. She’s been as instrumental as anyone in taking the game forward and that should be recognised.

“Katy is an unbelievable motivator. There are few people you’ll stand in a circle with and the hairs on the back of your neck stand up when they speak. Mine do, when she speaks. She is the most passionate England player you can imagine. When she talks, people listen. She knows how to motivate a group of people. She’s a captain I would have played for, without a shadow of a doubt. She knows how to get people in the right place to run through walls.

“Katy will be massively missed from the programme. I dropped her a message to say working with her has made me a better coach and a better person because she asks so many questions and challenges in so many ways but the right ways. It gets you to really think about what you’re doing as a coach and how you’re delivering your coaching standards. She knows her game inside out.

“We all wish her the very best on the next part of her journey.”