We spoke to Scotland head coach Philip Doyle about getting his side used to winning again and applying the lessons learned with Ireland to his new job. 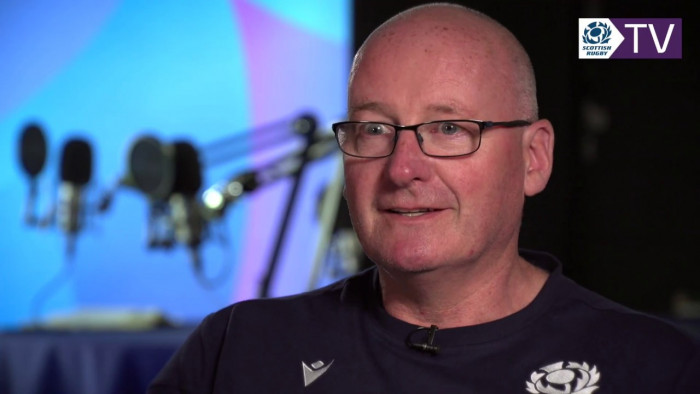 Having missed out on the last two World Cups, Scotland women are beginning a pivotal journey to qualifying for the 2021 edition under a new head coach in Philip Doyle.

With a tour to South Africa in the next few weeks, facing the Springboks twice, before Autumn Tests against Wales and Japan they could hardly have asked for a coach who knows what it takes better than Doyle.

His CV highlights are well known within the women's game - he coached Ireland to two Six Nations titles, one with a clean sweep, and to a World Cup Semi-Final in 2014.

But Ireland were in no such shape when he took over in 2013 - indeed their situation is uncannily similar to the position Scotland now find themselves in.

Ireland were ranked 14th in the world when Doyle took over - by 2006 they were up to 8th and by the time of his departure in 2014 they were fourth.

Scotland are now ranked 12th and face a huge challenge to make the next World Cup.

Without a point in this year's Six Nations they will have to compete in a round-robin World Cup qualification group next September with three other nations – likely to be Italy, Spain and Ireland- with the winner advancing to a play-off for a World Cup spot.

The second-place team enter a new repechage tournament for the chance to qualify.

Doyle, who leads his side for the first time in South Africa, is well aware of the challenge and of the crossover with the Irish situation as it was.

"There are lots of similarities. The game has moved on a lot since then – the players are more conditioned and we are using technology and planning in a different way, but the structure and the numbers challenge is familiar and I think where the players are in terms of their experience is similar.

"Lots of the Scottish players really are just at the start of their careers just as the Irish girls were when I joined and we are building a squad around them. The key priority is to qualify for the World Cup. It is not going to be easy but we are working very hard and doing a lot of work with club coaches so that the skills the players come into the Scotland team with are as good as they can be and we can build from there."

Doyle is not quite full-time as the Scottish head coach, and he admits he had a big decision to make before taking on the job, with his own business back in Ireland, needing looking after.

"It is a huge commitment to go back and forth but it is working. I have an electrical contracting firm back in Ireland and the guys I have working for me are doing a great job of keeping that going.

"The call to come and have a chat about the role came a little out of the blue. I was totally open to it but the idea of a full-time role wasn’t that appealing initially because of what I have got going on with my business, but I went and had a chat and the opportunity just seemed really special. I met Gemma Fay, who is fantastic,  and I set out from the outside what I thought the issues were and they set out the plans they had, which were really impressive.

"I went and talked to my family about it and my kids said I would be mad not to go for it. It is after all a dream come true – to become a professional coach."

Doyle says the structure works for now and having juggled the Irish job for years while often working fulltime, it is managable.

"It is something we will look at again down the line but for now, I am here quite a lot in camps, watching games and so on but I still keep a hand on what is happening at home.

"The thing that has surprised me most is the amazing support they have here. The union really are properly behind developing the women's game and that blew me away. It isn't just something they are saying - they are putting a lot in though they are not yet getting the results. We didn't have that in Ireland for a lot of my time there. "

Doyle was familiar with the playing set up and many of the players already, having stayed involved in the women's game after stepping down from his Ireland role in 2014 and he has been very pleased with their response to the new coaching set up.

"I knew that the team and the group would be totally committed and have a great spirit – that is what you get with women’s players and it was no different here.

"We have a core group of very strong players to build a long term squad around. What people forget is that this is a very young squad – it is one that will build together in the years ahead."

The squad Doyle has named for South Africa includes 15 players who are currently playing their club rugby outside of Scotland - with his captain Helen Nelson just one of those playing for clubs in the English Premier 15s competition.

Doyle has mixed views on the issue.

"It is a double-edged sword. The positives are obvious – the girls are getting to play at a very high level in a very strong league, perhaps the best league in the world at the moment. But on the other side I would like them to be playing here week in week out working alongside their Scottish team mates.

"We are not putting them under any pressure to do that but in the long term it would be good for the Scotland team. Of course lots of players are playing in England for life and personal reason,  I understand that but the more that play together the better."

As for the upcoming games leading into a vital year, Doyle says good performances and getting used to winning again are key .

"The team has gotten used to losing and we need to turn that around.  Scotland have forgotten how to win and my job here is to change that."

Doyle has made some interesting selections for his first tour, with three uncapped players named in Anne Young, Christine Belisle and Sarah Denholm, while more familiar names such as Lisa Martin and Annabelle Sergeant have been left out.

Scotland Women play in Cape Town on Monday 30 September and on Saturday, 5 October.