An in-depth coaching toolkit which aims to drive up the number of female coaches at the highest level has been launched by World Rugby. 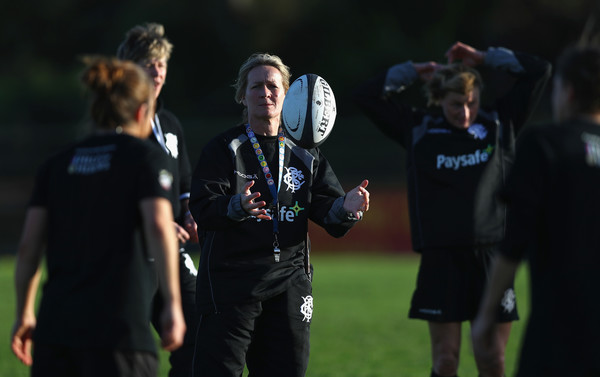 The work has been led by former England player and World Rugby Hall of Famer Carol Isherwood who consults for World Rugby, and follows a survey done in 2017 involving 14 member unions and six regional associations which found that only one union – Hong Kong – had a woman coaching a national team and that only four unions had women involved at all in a supporting role with national teams.

The document – targeted at unions but relevant for any level of the game, sets out that with women making up 25% of the rugby playing population, they should be much better represented as coaches. It also makes clear that there is a wealth of untapped talent and resources with many talented women coaches who not progressing up through the performance pathways

To tackle the issue, World Rugby say that countries need to put in place proactive interventions, with the toolkit offering a starting point to make change. It includes a range of tactics and tools to address issues to get more women into coaching

It encourages countries to consider what motivates women specifically and their involvement in sport and not to take a one-size fits all approach, referencing several international studies to underpin its suggestions.

England Rugby, USA Rugby and Hong Kong Rugby are held up as exemplars in the work they are doing to get women into coaching.

The gender gap in coaching

There is a significant gender gap when it comes to women in coaching positions in rugby. Although 18% of women are qualified through the Rugby Ready course – the introductory base level course – only 2% of those qualified at Level 2 (15s game) are women though women are faring better qualifying in the 7s game, with 13% progressing to level 2.

The situation is also reflected across the majority of global sports. The document points out the stark picture across the world highlighting that at the Olympics in 2012 11% of coaches were female, and in 2016 there had been no increase at all with the figure stubbornly stuck at 11%.

It also cites collegiate sport in the US where in 1972, thanks to the introduction of Title 1X, 90% of female athletes were coached by women but by 2012 that had dropped to 42%, in part driven by the arrival of paid roles across sports.

Football fares slightly better with more than 37% of head coaches at the recent World Cup being female– but this has been in result of robust and proactive interventions.

“Rugby isn’t bottom of the class when it comes to women in coaching but it could be doing so much better as the numbers show. When we talk to nations and regions about this work, there is genuine desire to change things – their view is, we’ve been talking about this forever so let’s use this work and get on with it.”

Isherwood says that there should be nothing too surprising in what the toolkit lays out as some of the challenges but that the work was a reminder of how little progress has been made.

“Through the research work I did as part of this, I came across an article from 1987 written by Anita White, and it was quite something to realise that after decades of interventions that we had seen so little change. I actually called her up to talk to her about it.”

Open and transparent recruitment is key

Recruitment and unconscious bias are featured as specific areas of challenge to getting more women into coaching in the toolkit and Isherwood agrees that there is much progress to be made there.

“So many people have been conditioned to believe that men who coach are better, and that is often what many women’s players believe too so there is a quite a way to go to tackle that bias that people don’t even know they have. It’s also true that when it comes to how coaches are recruited lots of unions don’t believe there is a problem, when many of the roles are appointed in ways that are less than transparent so making it extremely difficult for women to get a look in.”

Away from the toolkit, Sadlier and Isherwood are driving numerous initiatives forward to develop women coaches including pulling together a database of over 100 high performance female coaches who are supported and have a chance to connect and network.

“It’s a good chance to talk to each other about their experiences but it is also about finding out what roles are available and making sure that those women who are climbing the ranks don’t feel isolated. That is quite common for the women who break through into senior coaching roles.”

Isherwood is also heavily involved in World Rugby’s High Performance Academy which brings together female coaches to learn and develop and a plan is in place to ensure that every coaching team at next year’s Women’s Rugby World Cup includes a female coach.