The Netherlands have won a special match to celebrate 40 years since the first women’s test. Coincidentally the game was also the 1500th women's test match. 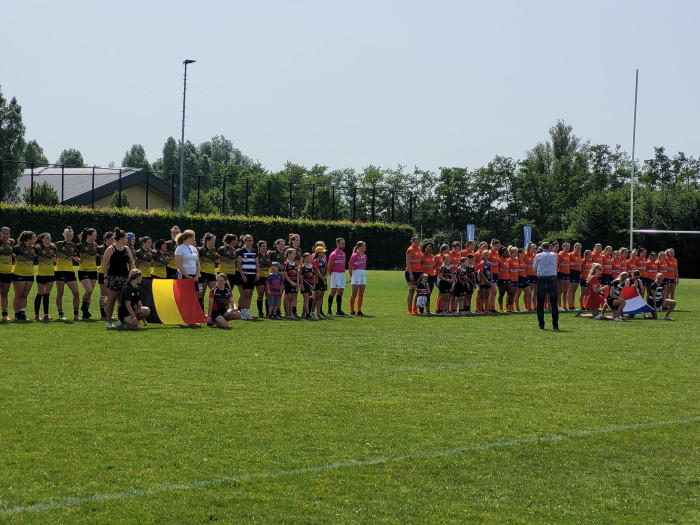 In 1982 the Dutch played France, but with the French unable to repeat the fixture this time their opponents were neighbours Belgium.

For Belgium, in a period of rebuilding, lacking recent match practice after planned fixtures against Germany and Romania fell through, and missing many of their first choice players due to the school and university exam season, this was a fixture that was always going to be a challenge for the European Trophy team up, especially against a European Championship team such as the Netherlands. And so it proved.

"In theory, we were supposed to face the development team from the Netherlands, but as in November, that was not the case", said Belgian coach Renaud Labardant.. "We did better than the last time - we were better offensively, more dangerous. We scored a try and missed two other big chances. In the end, the difference between the two teams is the athleticism".

The Dutch led 40-5 at the break, the Belgians finally dug deep and restricted the home to to just 17 points in the second half, making the final score 57-5. The Belgian try was scored on the half hour by Hélène Simon, after a good scrum job.

Belgium’s problems began from the start when their kick-off to go 10m. From the resulting scrum, the Dutch ran through Belgian defence with Linde van der Velden scoring under the posts. Barely having touched the ball Belgium were 7-0 behind.

The next 10 minutes were scoreless, but the Dutch handling a recycling was always a threat a second try followed after 12 minutes.

With temperatures approaching 30 degrees a mid-half drinks break followed which seemed to help the Dutch, who added two more tries in barely a minute after the restart. Belgium’s only score followed, but the Dutch were still able to add two more scores before the break.

A seventh Dutch try came just after the hour as fresh legs from the bench allowed them to rediscover their pace, and the eighth came just seven minutes later. The ninth and final try came from the final plat of the game.

"To say that we are satisfied is a difficult word", continued Labardant. "The satisfaction is the new girls that we had spotted in the last games of the season. Four or five of them will to add competition within the squad. Afterwards, we come out of this match with a mixed feelings. But the girls didn't give up. The state of mind is good".

After the game the "Utrecht Shield" was unveiled. An "unofficial" and hitherto theoretical trophy, it is awarded on the challenge principle, w.ith the current "holders" being England. However players from the first test 40 years ago joined with players from the 1500th test to celebrate the Shield becoming a physical trophy 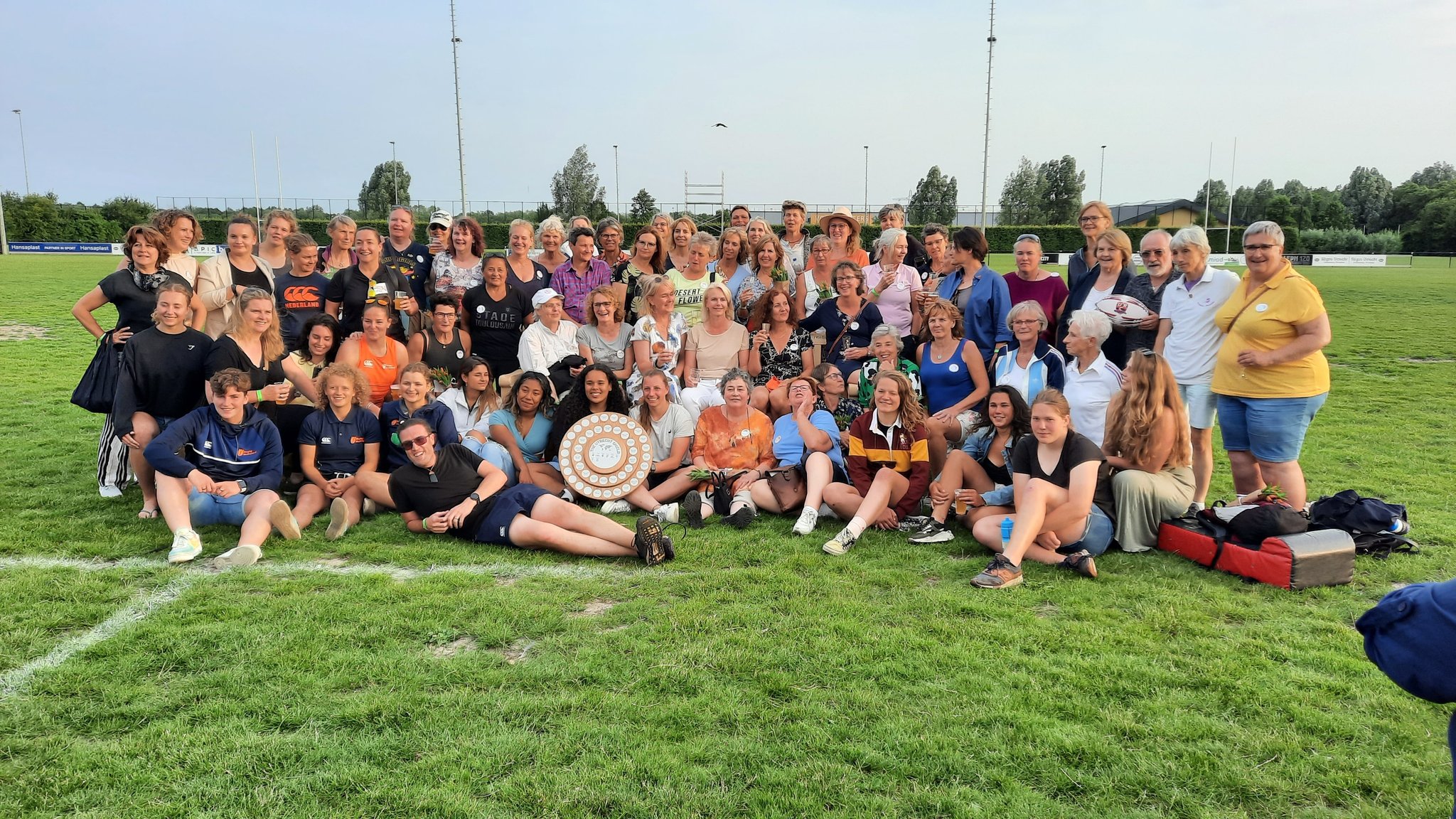