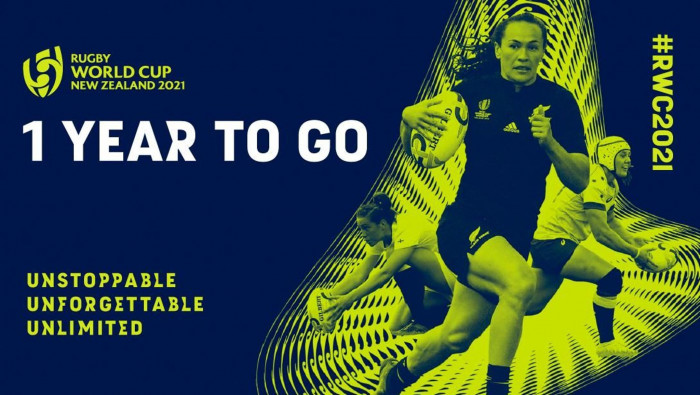 With a year to go to the start of the competition, organisers have confirmed that Eden Park and Whangarei’s Northland Events Centre, will host a combined six matches across the opening match day on Saturday 18 September 2021.

The remaining Pool stage match days – Thursday 23 and Tuesday 28 September – will be hosted at Waitakere Stadium and Northland Events Centre.

World Rugby Chairman Sir Bill Beaumont said: “The countdown is on with just one year to go until the women’s edition of the Rugby World Cup kicks off in the Southern Hemisphere for the first time in its history. While taking into account the unique and challenging circumstances caused by the global COVID-19 pandemic, planning is progressing very well and hosts New Zealand are on course to supercharge the women’s game, welcoming the world’s best teams to what we know will be an exciting and exceptional tournament. 2021 is set to be a special year for women’s rugby as it takes centre stage.”

Rugby World Cup 2021 Tournament Director Michelle Hooper said it would be extra special for both teams and fans to have the opening match at Eden Park. “Eden Park holds a special place in rugby history, not just in New Zealand but around the world.

Hooper said while the One Year To Go milestone marked the beginning of the official countdown, extensive work had been going on behind the scenes to ensure the tournament would showcase the
best rugby in the world.

“Despite the challenges being faced by the global pandemic, the organising team are focussed, on track and determined to deliver a once in a lifetime Rugby World Cup. Rugby is at the heart of New Zealand communities and the opportunity to ‘supercharge’ the women’s game will inspire a generation of young people to strive to achieve their goals.

“The world’s best high-performance rugby players want to play here, and New Zealanders are ready to host them, and showcase our manaakitanga on the world-stage. As proud hosts we are encouraging everyone who is keen to be part of the action to sign-up to express their interest to become a volunteer. This is a once-in-a-generation opportunity."