Edwards set to lead from the front 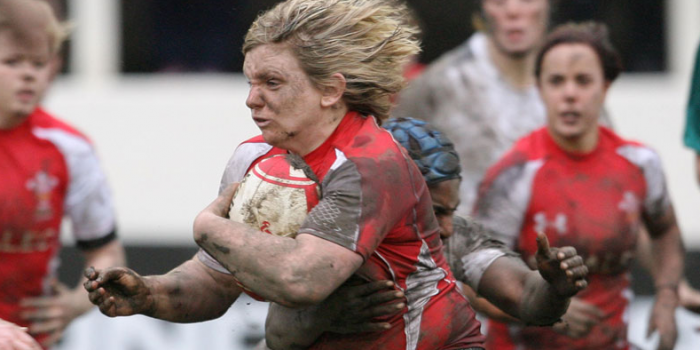 Tell us how Wales have prepared for the 6 Nations this year?
"The intensity of training has definitely increased this year with a lot of emphasis being on the conditioning aspect of the game. We also had a very competitive regional tournament just before Christmas, with four regional sides competing against each other. As well as this, we’ve played a couple of games after returning this year, including one against a very experienced Nomads side."

What are your overall aims for the competition?
"Every team would like to aim to be the most successful side of the tournament. Nevertheless, last year we finished fourth and improving this position will be a great for us as a squad. It’ll give us a stepping stone as we’ll then be preparing towards the World Cup."

How would you assess how you did last season?
"We have a very young squad at present (except for myself!) and we’re getting stronger every year. The atmosphere within the squad is brilliant so finishing higher than last season will be a huge boost for us. Even though we finished fourth last season, we had two very close games against Ireland and England, one where we narrowly lost by a point and another where we lost the game in the last couple of minutes. If we manage to diminish these minor errors during this year’s tournament, I have no doubt in my mind that we’ll become a stronger, higher achieving and more successful side."

Which team do you personally enjoy playing against most and why?
"The 6 Nations is such an amazing experience to be part of and as a nation it’s such a big part of our lives. Every game is so competitive with each nation attempting to improve and grow in order to achieve excellence. Personally, playing against England is always a great challenge, especially as I know a number of the girls playing for the team. Ireland is also always a tough battle, especially as they won the championship last year. "

What did you make in your World Cup draw?
"To be honest every nation is always a challenge due to the popularity of the game. The last World Cup was such an amazing, high standard competition, and I cannot wait for this year’s to begin. We play France every year, and with them hosting the competition in 2014, it’ll be a huge game for us. The atmosphere is always unreal in France, with the home nation really getting behind their girls, which is great to see, as the increased popularity of women’s rugby is a pleasure to be a part of. We’ve also played South Africa and Australia before, but for every European team playing against a Southern Hemisphere nation, it’s always a great experience as we’re rarely offered the opportunity to challenge them."

Any up and coming Welsh players you expect to make a real name for themselves this year?
"It’s been impressive to see so many talented young players applying themselves during the success of the regional competition, and I’m fully aware that the squad selection process has been a long and difficult one. It’s always great to see players coming back from injuries but personally, an up and coming Welsh player that I’m looking forward to see gaining her first cap this year is Eli Norkett, a 17 year old winger."

What are your sides strengths and weaknesses?
"In the past, one of our main weakness is being clinical when in the attacking 22. We so narrowly lost to Ireland and England last year, and as a squad, we’re determined to change this outcome in that area during this year’s competition. In an attempt to change these kinds of outcomes, we’ve worked very hard on both our mental toughness, and the conditioning side of the game.  As a team we’ve grown together, and the passion within the girls at present is unreal."

What are the plans after the 6N in the lead up to the World Cup?
"At present, our focus is only on the 6 Nations. I’m sure there will be a period of rest and recovery for certain players, along with a 7s programme for others."