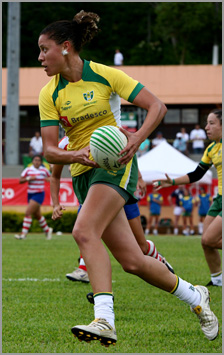 The tournament will take place from Friday February 10th to Sunday 12th.

Eight teams also contested last year's event with Canada, who went on to have a fine year in women's 7s, winning the final against the Netherlands.

USA Rugby have launched a ticket deal for the tournament for fans wishing to attend with packages booked using their deal codes generating income to support their womens 7s team.

Fans can purchase a hotel and ticket package with accommodation in the same hotel as the US team and free transport to and from the games from $79. US fans should contact 800-634-3101 and use the code PCIRUFF.

There is also a ticket only package for the entire weekend, taking in the mens and womens competition. To take advantage of an approximate $50 discount go to www.usasevens.com/lvitickets and use the code LV1200.