USA Rugby has announced that it will offer fulltime professional 7s contracts to eight women’s rugby players from January 2012. 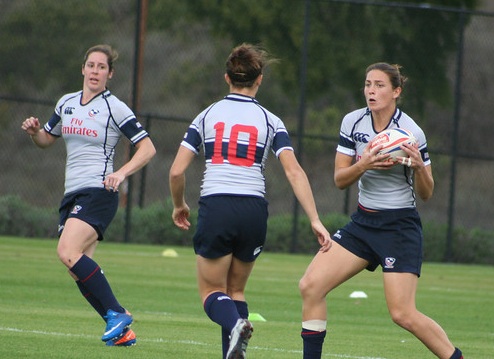 The players will live near and have fulltime access to the Olympic Training Center in Chula Vista, California alongside 15 fulltime male athletes.

The chosen USA players will follow in the footsteps of Holland who recently began a fulltime programme for its leadng female 7s athletes.

The move is a partnership with the US Olympic Committee and USA Rugby says it is a crucial step on rugby's journey to the 2016 Olympic Games in Rio de Janeiro in which rugby 7s, including the womens game, will be included for the first time.

As we prepare as a nation for Rio 2016, making our mens and womens sevens teams fulltime is a crucial step for our sport, said USA Rugby CEO, Nigel Melville.

There are so many advantages to living and training in a high-performance environment year round - fulltime coaches, trainers, dieticians, sports psychologists, and so on it really is necessary if the USA are to be on the rugby podium in 2016.

The USA womens 7s teams will also take part in more international competitions including the 2015 Pan American Games in Toronto, where womens rugby will make its debut.