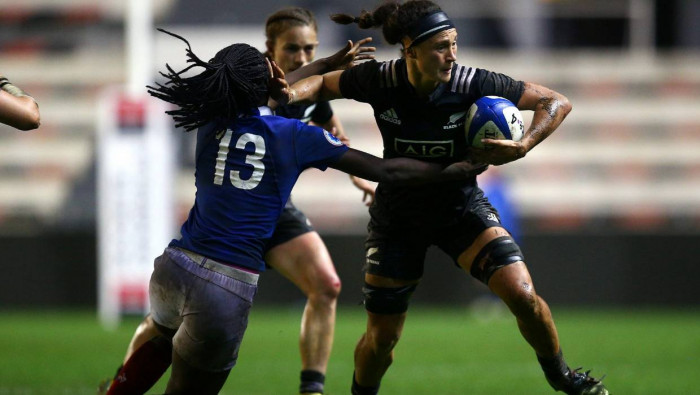 The more experienced Kendra Cocksedge and Selica Winiata have been named as co-vice captains.

Black Ferns Head Coach Glenn Moore said Elder was a natural leader who had quickly made an impact on the culture of the squad since her debut in 2015.

“On the field Les is uncompromising, and her knowledge of the game is outstanding. Off the field she has the ability to bring players together and bring out the best in them. She is a clear communicator, setting high standards for herself for others to follow."

Moore has included seven new forwards and three backs in his squad to take part in upcoming summer test games.

Three of the uncapped players have been named in previous squads but are yet to be capped.

Moore said preparation for the Women's Rugby Super Series 2019 in San Diego was well under way and it was a chance for the new players in particular to impress at international level.

“Everyone has a desire to be selected for the 2021 World Cup but we have a job to do first in the US, and it's an opportunity for these players to show what they are capable of.

“The young talent we've seen at recent camps is very encouraging and it's meant selection has been difficult and some very good players have missed out.”

He said the departure of some Black Ferns stalwarts in crucial positions particularly in the forwards meant other players could now stake their claim.

“I’m looking forward to trying new combinations and building more depth in the squad, particularly in key positions, so that in two years’ time we will be spoilt for choice.”

Moore and his selectors have included three Black Ferns Sevens players, in Kelly Brazier, Theresa Fitzpatrick and Alena Saili after they made themselves available for consideration with the support of their Sevens coaches.

He said all three players had all previously been part of the Black Ferns 15s programme and were keen to continue to be included if, and when, circumstances allowed.

“We know the priority for the Black Ferns Sevens is the Tokyo Olympics and the players’ welfare is always our top concern. These players are part of our squad and have the blessing of their sevens coaches to join us. We’re thrilled to have them on board.”

The Black Ferns international Test season starts next month with the Women’s Rugby Super Series 2019 when they will face USA, Canada, France and England.

The Black Ferns squad is (Test caps in brackets)